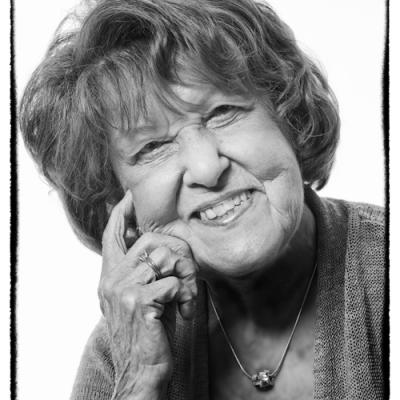 "There's always been a bit of the arts that I am never going to let go of, even as I have gotten older."

Ed Bernik: Did you dance when you were a young girl?

Mary Fabrizio McCarthy: Never! I always wanted to. I graduated from college thinking I would really like to dance, so I went to the Philadelphia Civic Ballet School. It was a private school and I took evening classes until I changed careers, moved back to Erie, and worked as a pharmacist at Herbie's Drug Store.

EB: You're being honored later this month for your 50-year affiliation with the Erie Civic Ballet. How did you start the long journey?

MFM: One day, when it was still Herbie's Drug Store (I eventually purchased the store which became Frontier Pharmacy), a woman came in and introduced herself as a patron moving into the neighborhood who was going to open a classical ballet school. I was elated because I could not find one since I came home. That person turned out to be Statia Sublette. She brought classical ballet to Erie 50-some years ago. What you see now is all the result of what happened back then. She originally formed an alliance with the Erie Philharmonic and was asked to dance at the Erie Philharmonic Viennese ball. I and another student accompanied her.

My business as a pharmacy owner began to grow; but I kept an interest in the ballet, directing some rehearsals, serving on the board, and just helping out.

In 1960, Erie hosted the same festival and you were there. Tell me a bit about that.

MFM: There was a program where ballet groups came and were adjudicated over a three-day period. One of the judges who came to Erie that year was the famous George Balanchine: the number one choreographer in the world. And along with him were other ballet luminaries such as Ted Shaw and Anatole Chujoy. Quite a number of them were big in the ballet world. That was quite an honor for Erie.

EB: For those who are unfamiliar with dance, that would be like having the Beatles judging "The Voice."

As one of the performers, did you have an opportunity to meet George Balanchine?

MFM: No. We were only introduced to him. If you can imagine, there were all these ballet companies performing. The Erie Civic Ballet did perform onstage for him. We were not adjudicated because we were the host company. We danced to Liszt's Hungarian dances. A choreographer was brought in by Statia. We practiced at what was the Lawrence Hotel ballroom.

MFM: There were schools of dance and maybe they had pointe classes or something like that. But basically, they were mostly the kind that would have a review every year with all of their dancers, tap and everything else that went with it. But Statia taught classical ballet. Then eventually, she went onto modern dance, too. We did branch out a little bit.

EB: Even to this day, do you dance around the house?

MFM: In my head (laughing).

EB: I know you are close with Sarah Purvis (artistic director at the Erie Dance Conservatory School). What do you see on the horizon for ballet in Erie?

MFM: I'm most impressed with contemporary ballet. I had a little part as the grandmother in The Nutcracker Sarah directed. After 50-some years, I was able to view these new dancers she had and I was amazed at them. The dancer nowadays is a lot more fit physically and able to do much more. I was amazed at the girls when they

did their jetés, the strength that they had. That's one thing. The other thing is Sarah's company. She undertook The Nutcracker this year, and I must say that friends who attended all marveled at the show she and her students mounted, especially for a first-year performance. I can see her going forth, and she has a really good core of students.

EB: So there's a good future in the region.

[I was] the first woman in Erie to own a pharmacy. I went to pharmacy school at a time when there were so few women. And somehow I endured it. I still have a tremendous love for pharmacy, but anybody who has a career should also have an avocation.

MFM: Yes, there is. And I saw them grow from the little children to the adults who are probably going on to Mercyhurst.

EB: Is there anything else you'd like to tell me about your role in ballet in Erie?

MFM: They have chosen me as a "guest of honor." I am very humbled about that because this is a portion of my life that I haven't put away. My career was as a pharmacist and pharmacy owner – the first woman in Erie to own a pharmacy. I went to pharmacy school at a time when there were so few women. And somehow I endured it.

I still have a tremendous love for pharmacy, but I have to say that anybody who has a career should also have an avocation.

There's always been a bit of the arts that I am never going to let go of, even as I have gotten older.