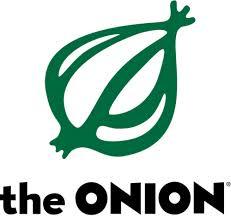 Proving once again that fiction is often more real than reality itself, national fake-news publication The Onion has set its sights squarely on Erie and Mayor Joe Sinnott in a brilliantly-timed story issued earlier today.

Regular readers of The Onion are probably no stranger to the fictional character Don Turnbee, the Erie everyman whose thoughts seem to consist only of fast food. However, in light of City Councilman Dave Brennan's op-ed in last Sunday's Erie Times-News regarding "community benefit agreements," the ongoing discussions over the future of the former GAF site, and the flurry of bayfront hotels that seem to be sprouting like mushrooms, one has to wonder if there's secretly an Onion writer lurking in our midst.

"Mayor Hits On Crazy Idea Of Developing City's Waterfront, Green Spaces" is pretty standard fare for The Onion, hysterically detailing Sinnott's "admittedly crazy" idea of drastically remaking the Bayfront. The short story comes complete with fake quotes from Sinnott along the lines of, "I've got this strange feeling there might be some sort of upside to converting our unused and blighted lakefront into a family- and business-friendly hub of the community."

Even better, City Council President Mel Witherspoon gets name-checked as well, and weighs in with an absolutely hysterical quote.