Erie Observes Reformation 2017: Or Will We? 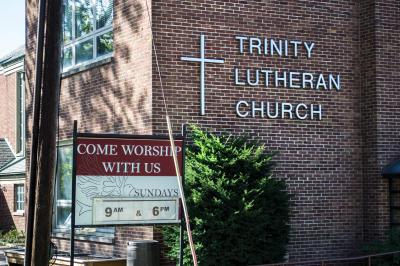 Tuesday, October 31, 2017, will mark the 500th anniversary of Martin Luther's posting of his now legendary Ninety-Five Theses to a church door in Wittenberg, Germany (Holy Roman Empire to be precise). On the Sunday preceding, called "Reformation Sunday," Protestant churches the world over will celebrate, commemorate, or perhaps disregard, the life and witness of this heretofore obscure Roman Catholic monk. So, what of Erie's churches? This question led me on a pilgrimage to various houses of worship to discuss the upcoming anniversary with area pastors. All were gracious, articulate, and forthcoming about their convictions.

My first stop was where Luther himself began. Fr. Brian Vossler welcomed me to St. George's Roman Catholic Church on Peach Street, where he readily agreed that certain "abuses" in the Renaissance Church, such as a will to power and the promiscuous selling of indulgences, had indeed merited reform. Drawing on the commitments of Vatican II, he praised Evangelical Protestants for their Bible knowledge and zeal for evangelization, but reaffirmed his own deeply personal calling to be a Roman Catholic pastor. Fr. Vossler has no plans to say anything different on the anniversary, but he emphasized the importance of "sensitivity" towards other beliefs.

Leon Ben-Ezra is the pastor of Faith Reformed Church in Harborcreek. As we chatted over lunch, he explained his belief that, although all branches of Christianity hold in common the basics of the Faith, the "best way of understanding Jesus" is found in the Reformed tradition. When asked which of the sixteenth century reformers he would invite to speak before his congregation, he chose Luther, whom he described as "fiery and blunt." This Presbyterian pastor admires Roman Catholic architecture and the "solemnity" of their gatherings, but prefers that his flock observe the reformed principle of worship. And this, he said, will lead Faith Reformed Church to worship God and no one else on Reformation Sunday.

Rev. Chuck Nelson, pastor of The Cross, an inner-city ministry located on the corner of 11th and Sassafras, also of reformed convictions, echoed his Harborcreek counterpart, both in his applause for the doctrinal stand of the Protestants, and in his decision to observe the anniversary by continuing to preach through scripture. This, he said, "is probably how the reformers would have it."

Rev. Travis Schmidt, pastor of Trinity Lutheran Church (Missouri Synod) on West 38th Street, is a newcomer to Erie. As we enjoyed a theological and historical discussion in his office, he revealed a considerable knowledge of and an enduring affection for the faith of his fathers. When asked why he was Lutheran his response "scripture alone, grace alone, faith alone" would have done his sixteenth century forbearer proud. The Lutheran Reformation occurred, he explained, because Luther came to see that "change within the system was not possible." Institutional as well as moral and doctrinal reform had become an imperative. Consistent with the synod's directives, Trinity plans to "celebrate" Reformation Sunday as an acknowledgment of Luther's achievement. Pastor Schmidt expressed his wish that Luther could return and speak about the challenges of vernacular Bible translation and publication in a world in which printing was new and literacy a privilege of the few. Toward the end of our conversation I inquired about Luther's vitriolic anti-Semitic statements. My host observed that this much-discussed moral failure had occurred later in the reformer's life after illness and disappointment had befallen him. He made it clear that the synod had long ago rejected that portion of his legacy. As our conversation concluded, Pastor Schmidt praised Catholicism's openness to Lutheran hymnody, but reaffirmed the theological distinctions which still divide Protestant from Catholic. 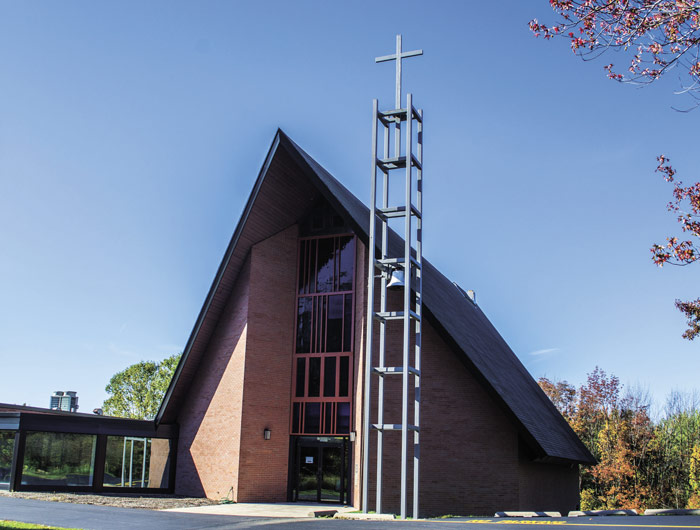 St. Mark's Episcopal Church on Old French Road is currently without a pastor, but Craig Dressler, Associate for Parish Life, offered a thoughtful exposition of the American Anglican perspective. He commended Protestants for their role in "bringing the scriptures and prayers of the church into the vernacular of the people," but then observed that the Episcopalian Church is both Catholic and Protestant, "not one or the other." As such, his church looks to the Anglican Reformation in England rather than to the continental reformers and will observe Sunday, October 29th as any other Lord's Day. Dressler would love to have Thomas Cranmer, author of the first Book of Common Prayer, speak at St. Mark's. He honors Roman Catholic witness to the power of the sacraments and respects evangelical knowledge of the Bible, but he describes his theology as "progressive," and finds his home in the traditions of Canterbury.

An Orthodox perspective was offered by Fr. Pimen Simon, Rector at Church of the Nativity on Front Street. Sitting on the porch of his home overlooking the bay, Fr. Simon agreed with the reformers that the Roman Church had become corrupt; he admired their "piety and prayer," and praised their emphasis on education. Nevertheless, he lamented their abandonment of the sacramental life, their "error" of scripture alone, and the "erosion of Christianity" that followed.

Others I contacted were unavailable, so my final ecclesiastical conversation took place at First Alliance Church on Zimmerly Road, the place of worship I have called home since moving to Erie. Pastor Mark Harris, a history aficionado, seated us both at a table in his office. He readily identified the Protestant Reformation as "the restoration of the Gospel," and commended Martin Luther for returning to the teachings of the Apostles. He would ask Luther to speak in his pulpit, if he could, and the topic would be the "unity and purity" of the now badly fragmented Western Church. Pastor Mark spoke of his respect for Roman Catholic allegiance to their institutions, and echoed most of his Protestant colleagues in their intention that nothing would be different about Reformation Sunday.

Driving home at the end of the day I concluded that Erie's Christians are a well-looked after community, and that for most of them, surprisingly, October 29, 2017 will be simply another Sunday of faithful worship and service.

Kenneth W. Rhodes, Ph.D. is a retired high school teacher living in Erie, he can be reached at kenrhodes3291@gmail.com