From Russia with love, via a French-Canadian 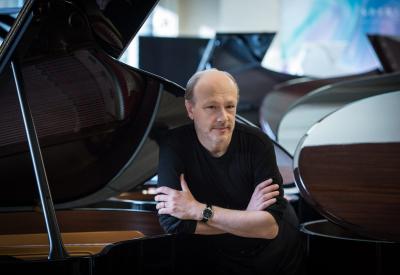 In the realm of classical music, Marc-André Hamelin is truly a blessing from above — the 45th parallel, that is.

Hailing from Montreal, Quebec, the internationally-renowned pianist has been lauded for his fluid technicality, articulate phrasing, and mastery of dynamics. He is an Officer of the Order of Canada, a Chevalier de l'Ordre Quebec, a member of the Royal Society of Canada, and holds a Lifetime Achievement Award from the German Record Critics' Association. Underneath the weight of all those decorations, however, is one wickedly gifted set of phalanges.

Those digits will be landing fortissimo in the 814 as Hamelin sits in with the Erie Philharmonic for the opening night of its 2018-19 symphonic season. On this particular evening, the Phil will be kicking it up 10 notches to the 55th parallel, coming at you live with a slate of mid-to-late Romantic pieces straight out of Moscow. If you had pegged Russia as a cold and stoic tundra, prepare for a major paradigm shift. The night's selections smolder with a passion one might think more befitting of the Equator (or the depths of Hell — we'll get to that).

The program will begin with Nikolai Rimsky-Korsakovs's Capriccio , a five-movement orchestral suite inspired by Spanish folk melodies. This is an incredibly stirring and lively piece of music, rife with ear-catching nuances such as the "quasi " techniques (imitation of guitars from the string section) of the fourth movement and a robust percussive backbone that includes, among other things, the adventurous click-clack of handle castanets.

Next up is Sergei Vasilyevich Rachmaninoff's Piano Concerto No. 2 in C Minor. Originally performed by the man himself, this piece marked Rachmaninoff's emotional comeback from the depths of a four-year-long depression after his first symphony was widely panned. This composition silenced the critics and will take your breath away, too, with its highly emotive (and technically challenging) passages.

Dmitri Shostakovich's "Tahiti Trot," an impromptu re-orchestration of the song "Tea for Two" from the musical No, No Nanette, will serve as a playful interlude before the dire straits of the night's finale, Pyotr Ilyich Tchaikovsky's Francesca da . This whirling dervish of an orchestration is a symphonic interpretation of the fifth canto of "Inferno" from Dante's Divine Comedy, tracing the tempestuous tossing and turning of two adulterers in Hell's Second Circle (P.O. Box "FML").

Here on Earth, you can take the ground beneath your feet and this rare opportunity to see one of the world's great piano virtuosos live — at the Warner Theatre (main event), the Jefferson Educational Society (for a Q&A session and mini-performance from 6 to 7:30 p.m. on October 4), or Mercyhurst's Walker Recital Hall (October 5 from noon to 1 p.m.). — Matt Swanseger