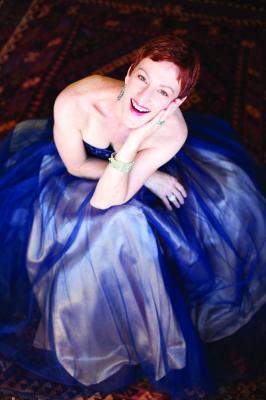 Lisa Vroman has made a few appearances in Erie since her 2017 debut with the Erie Philharmonic, when she opened the pops season with the Cathedral of St. Paul Choristers and a bevy of Broadway hits, but the Gem City simply cannot get enough of this sparkling presence.

So conductor Daniel Meyer, at the head of the Erie Phil in the incomparable Warner Theatre, is giving the people what they want without further delay. Vroman will be closing the pops season this time around with the Back to Broadway program, featuring classic and contemporary show tunes sure to delight Erie's many fans of musical theater.

The uber-accomplished soprano, who currently resides in Pasadena, California, did her graduate work at Carnegie Mellon University in Pittsburgh shortly before taking on the Big Apple, debuting on Broadway in 1990. It was in NYC that Vroman began performing in the lead female role, Christine Daaé, in Andrew Lloyd Webber's renowned Phantom of the Opera, a role which she would perform over 2,500 times during the next few years, before switching coasts and continuing her work as Christine in San Francisco.

Vroman inevitably brings the house down with her soaring vocals — won't you join her for an incandescent night at the Warner, celebrating the very best of Broadway? — Cara Suppa