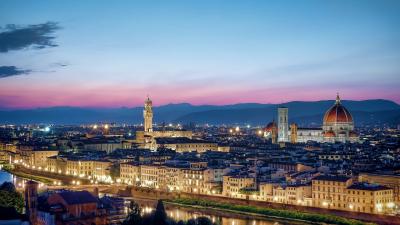 There are few better ways to say ciao to February than a trip to the Mediterranean. Despite the current challenges with international travel, the Erie Philharmonic should prove a capable tour guide with Viva Italia!, the latest installment of its "In Your Home" virtual concert series.

Replacing the 2020-21 concert season that was to be held in the Erie Insurance Arena as Warner Theatre construction continues, "In Your Home" has taken us so far to Germany and Austria, the British Isles, the American Wild West, and Russia. This time, the fertile classical music tradition of Italy takes the spotlight, featuring works by Ottorino Respighi, Giuseppi Verdi, Gioacchino Rossini, Giacomo Puccini, Antonio Vivaldi, and more. The Philharmonic is joined here by guest soloists Dana Sundet (oboe), Laura Koepke (bassoon), Beth Etten (piano), and I-Fei Chen (piano).

Selections from the program include:

This program debuted Thursday, Feb. 25, but you can catch an encore matinee performance on Sunday, Feb. 28 at 2 p.m., on digital cable (WQLN-PBS), by antenna (Channel 54), or via livestream (wqln.org/eriephil or facebook.com/WQLNPublicMedia). Thereafter, a recording of this program (and all previous) will be available at eriephil.org/videovault.