Erie Philharmonic Ends Its Season with an Organ Symphony

The Erie Philharmonic Orchestra will wrap up their 2016-17 season with the Organ Symphony.

by Tracy Geibel
View ProfileFacebookTwitterRSS Feed
March 29, 2017 at 11:15 AM 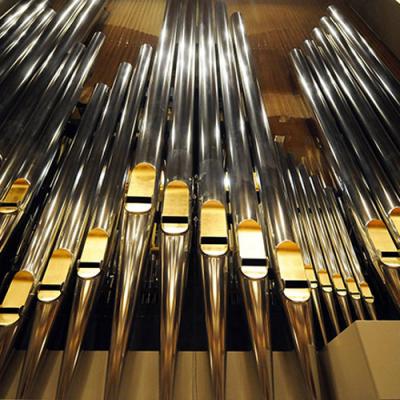 The Erie Philharmonic hopes to end on a good note.

Conductor Daniel Meyer and the rest of the Erie Philharmonic Orchestra will wrap up their 2016-17 season with the Organ Symphony on Saturday, April 8, intending to "leave the Warner Theatre shaking."

The evening begins with a transcription of Bach's Fantasia and Fugue in C minor. More specifically, the Erie Philharmonic has chosen to perform English composer Edward Elgar's recreation of Bach's work, which was meant to be played on the organ. Elgar's version, however, adds to the music, bringing in other instrumentation.

Then the Erie Philharmonic Chorus (directed by Gabrielle Dietrich) will take the stage with the Slippery Rock University Combined Choirs (directed by Stephen Barr) and two soloists from the Pittsburgh Opera to perform Dona Nobis Pacem. This title of this piece, written by Vaughan Williams, means "grant us peace."

The final performance of the night and the season will be Camille Saint-Saëns' Symphony No. 3, also known as the Organ Symphony, which unsurprisingly features the organ amongst other instruments. It was well received in the 1800s in London where it was first performed, and the Erie Philharmonic believes that Saint-Saëns' timeless piece is just the way to end its season.

As he does before every concert, Brian Hannah will host a talk called "Classics in the Evening" at 7:15 p.m. in the First Niagara community room. – Tracy Geibel