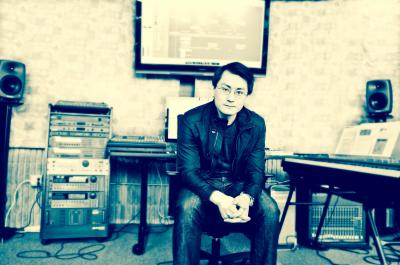 "Continuing in our tradition of performing the work of America's finest composers, we have commissioned new music by Chinese-born composer Zhou Tian," the orchestra said in the program description. "Inspired by diary entries of American soldiers during World War I, Tian's 'Rise' attempts to convey the emotions of servicemen through the intimacy and power of the orchestra."

Tian serves as associate professor of composition at Michigan State University's College of Music, and became the first Chinese-born composer to be nominated for a Grammy in 2018 for his "Concerto for Orchestra" recorded by the Cincinnati Symphony. He has worked with the Pittsburgh Symphony Orchestra, the New York Philharmonic, Mahler Chamber Orchestra, the Hong Kong Philharmonic, and the Shanghai Symphony.

After coming to the U.S. at the age of 19, Tian studied at the Curtis School of Music, before going on to Juilliard and the University of Southern California. He was named "Artist of the Year" by the Beijing Music Festival in 2019. According to his website bio, "Tian seeks inspiration from different cultures and strives to mix them seamlessly into a musically satisfying combination for performers and audiences alike."

The combined ensembles will end the concert with Mahler's "Resurrection," a symphony which "traverses a brooding lament to a fallen titan, reflects on the beauties and grotesqueries of a life passionately lived and ends with an astonishing sonic epic on a transformation of a spirit," according to the program description. The symphony, which was composed over a period of six years, premiered Dec. 13, 1895 with Mahler conducting the Berlin Philharmonic Orchestra. It takes inspiration from Beethoven's Ninth, and this performance will feature the orchestra with a full chorus showcasing soprano soloists Felicia Moore and Daryl Freedman. – Thomas Taylor