Erie Phil's pop series kicks off with "A Night on Broadway"

The Erie Philharmonic kicks off its 2017-18 Pops series with a Broadway tribute. 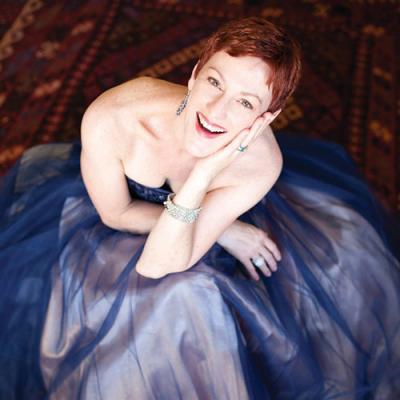 Erie, it's time for another season full of memorable music.

The Erie Philharmonic kicks off its 2017-18 Pops series with a Broadway tribute, which includes music from favorites like The King and I, The Sound of Music and The Music Man. The September pop series show, called "A Night on Broadway," stars Lisa Vroman, who has performed as Christine in The Phantom of the Opera more than 2,500 times.

"A Night on Broadway" stars Lisa Vroman, who has performed as Christine in The Phantom of the Opera more than 2,500 times.

"Lisa Vroman, in her transformation from a shy chorus girl to a blooming diva is captivating as Christine … her instrument is a beautiful one, full and sensuous and pure in both 'Think of Me' and 'Angel of Music,'" wrote the San Francisco Chronicle's Steve Winn about Vroman after one of those many Phantom of the Opera performances.

Vroman has certainly made a name for herself through that beloved musical, but she's no stranger to other roles either. She's played both Fantine and Cosette in Les Miserables and Marian Paroo in The Music Man among other major parts in other notable musicals.

The pop series will feature five concerts from September to March. February's "Bugs Bunny at the Symphony II" promises to entertain people of all ages, and surely, March's "Greatest Fantasy Hits" with music from Lord of the Rings, Game of Thrones and Harry Potter won't disappoint either.

The pop series' shows are interspersed with the 2017-18 symphonic series, which kicks off October 7 with selections from Beethoven. Later, this series will dive deeper with even more classical music. It's final of five concerts takes place in early April.

"You'd be surprised how accessible and affordable it is," he said, adding that it'd be the ideal date night. — Tracy Geibel