Erie Playhouse's First Shows Back for One Night

The Erie Playhouse will perform the same three one-act plays held on its first performance 101 years ago.

by Tracy Geibel
View ProfileFacebookTwitterRSS Feed
January 18, 2017 at 9:15 AM 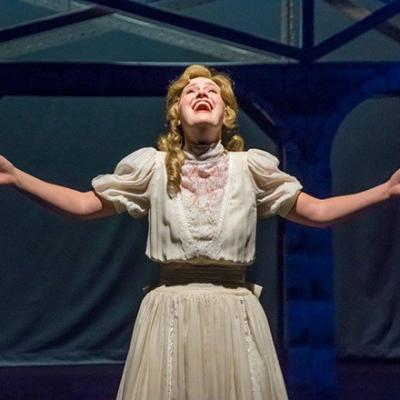 On Jan. 18, 1916, the Erie Playhouse held its first performance. Exactly 101 years later, the Playhouse, in collaboration with other local theaters, will perform the same three one-act plays - not at the Playhouse's 10th Street location, but at the Erie Art Museum.

These timeless tales, Galatea of the Toy Shop, I'm Going, and Sunset, were performed by the Playhouse at Erie's Reed Hotel on North Park Row and French Street.

These timeless tales, Galatea of the Toy Shop, I'm Going, and Sunset, were performed by the Playhouse at Erie's Reed Hotel on North Park Row and French Street. The hotel, which no longer exists, welcomed a crowd of 99 people.

Galatea of the Toyshop tells a story about a unique doll and the toymaker who created her, Oscar Schwartz (played by Bryan Toy). Unlike other dolls, Galatea (played by Amy Gilewicz) isn't only "brought to life" through the imaginations of young girls, she actually comes to life when Oscar kisses her. As audiences follow her journey of self-discovery, they will find themselves falling in love with the extraordinarily special doll.

I'm Going aims to keep audiences laughing. Both Henri (played by Steve Ropski) and Jeanne (played by Sue Ellen Wojciechowski), who are married, want to spend the day alone, but neither will admit it. Instead they attempt to outwit one another. Written by Triston Bernard, this play is a classic comedic farce, where situations are incredibly exaggerated for the audience's amusement.

The final one-act play, Sunset, tells the story of two half-sisters who unknowingly fall in love with the same man. When Lois (played by Krista Rayne Reckner) introduces her summer lover to her sister Joan (played by Daisy Schaff), Joan must choose between her own desires and her sister's happiness. The comedic play is based upon Alfred, Lord Tennyson's poem, "The Sisters."

Directors for the plays are Mark Tanenbaum from Performing Artists Collective Alliance (PACA), Zack Flock from Dramashop, and David Mitchell and KC McCloskey from All an Act. – Tracy Geibel