Erie prepares for a whole new breed of film festival 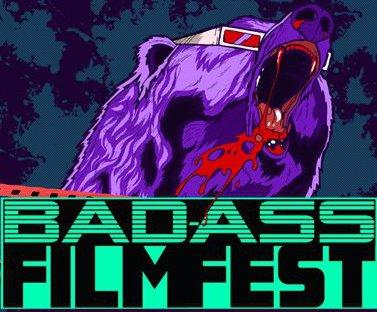 B.A.F.F., or the Bad-Ass Film Festival, is a film festival new to the scene, judging movies on, well, their bad-ass quality.

But what makes something bad-ass, you ask? Well, you sure do ask a lot of questions. Lucky for us, David Bostaph, president and co-founder of B.A.F.F., which makes him bad-ass from the start but the more than 15 years of film experience he brings to the table, including a long-stay with the Eerie Horror Film Festival, solidifies his bad-assness, has some answers.

"Today's culture is very in your face. It's almost to a level of how shocking can things get. We didn't want to go to that level," he explains. "There are exploitation festivals out there that just try to push that envelope, but when we sat down and we started talking, we realized we all love movies, we all love watching movies, but there's a certain element to film that we don't think any of these film festivals or any of these things has really nailed down and it's that level of bad-ass that you get in certain films when you watch them."

If you ask David to boil it down to one word, "visceral" keeps coming to his mind, which is a pretty bad-ass word.

And aside from bad-ass vocab, what could be more bad-ass than working with someone with the title "monster" in his name?

"Monster" Mark Kosobucki, another B.A.F.F. co-founder, serves as the new film festival's art director. A graphic designer with some of the best chops in Erie, Monster Mark has a vision for the festival.

"There's a core of truth that runs through all of these elements of bad-ass, and that's what we're trying to celebrate –movies that live on because people connect with them at that level," Monster Mark says. "It's about a lasting impression. There's an element of creativity in a bad-ass film that will leave a lasting impression, something that's unforgettable as far as what that movie means."

Monster Mark added that cinema is constantly trying to show people something new and that this festival breathes new life into the festival circuit.

"'Planet Terror,' the gun for the leg – people had never seen that before. Things like that, that leave a lasting impression and make you want to see it again, is another criterion of what we're trying to bring to people that they might not have seen before or might not get to in Erie."

Lucky for us – and the world – the Bad-Ass Film Festival began accepting submissions Monday, Sept. 24 with the ambition of unleashing the four-day film festival on the City of Erie in September 2013.

But what sort of films should filmmakers submit? There you are with the questions again.

According to B.A.F.F.'s bad-ass website, "Any film has a chance at winning," which gives filmmakers a lot of leeway. But the description goes on, "Any type of film can have what it takes to stand atop of it all and proclaim that it is the most Bad-Ass. Science-Fiction, Action, Horror, Martial Arts, Cult, Fantasy, Epic, Documentary, Western and many more. Many will enter, many will fail. Few will earn the title of Bad-Ass," which means whilst there's leeway, these films need to be pretty damn bad-ass if they're going to take home the title. For a longer list of the elements of bad-ass, including ninjas, barbwire, and broadswords, check out the website for yourself.

And whilst you're there checking out what's bad-ass, maybe buying some bad-ass swag, and getting to know the rest of the bad-ass crew, like Vice President and Co-found Joseph "The Beard" Mellesh, who clearly dons Erie's most bad-ass beard and an awesome shirt with a logo of himself, you'll notice that you can help support this film festival by visiting indiegogo.

And the cool thing about indiegogo as opposed to Kickstarter is that indiegogo offers Flexible Funding Campaigns, letting a project keep all donated funds even if the target goal isn't met. But since the deadline isn't until Monday, Oct. 22, there's still time left to help the bad-ass folks behind B.A.F.F. reach their goal.

After all, film festivals like B.A.F.F. don't just start themselves and if you're bad-ass, love all things bad-ass, or want to become bad-ass, click the link to make a donation, which could even end up in you winning some bad-ass prizes.