Erie, get ready: three-day weekends, a beast of the ocean, a process of killing, and cereal! 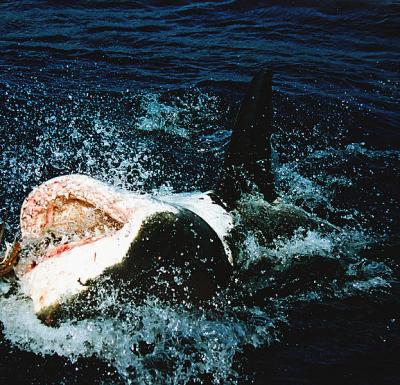 If you're like me, you've been eagerly waiting to see what's in store for Erie 2012. In fact, I recently enjoyed a three-day weekend—because Upfront told me to—as I tried to map out my happenings for the year.

Admittedly, I'm one of those people you'll run into who's complaining that there isn't snow—feel free to pelt me with snowballs when it does snow and we get to enjoy it for another 40-ish hours, but until then, I'll toss buckets of rain on you in anticipation of retaliation—but I like to think Erie can be enjoyed year round.

Snowshoeing? Heck yes! Checking out the ice dunes? Certainly (kids, don't try that at home)! Sledding at Frontier Park? Count me in!

Okay, you get the point. And maybe I'm alone here, since, yes, yes, yes, Summer is, well, when our city shines. From festivals to block parties to open container to yes, live music (you do know that happens during the winter, too, right?), Erie bursts into a brief but beautiful blossom.

But back to the three-day weekend where certainly we all got enough sleep to dream of something really, really good and really, really special since we have extra time.

Because I took a three-day weekend, I'm still a little foggy this Tuesday morning, so I did what any good, self-respecting editor looking for stories would do first: check Facebook. Amid pictures of cute cats, rants about driving, and various status updates about hating work (all great story ideas worth my time for sure!), I saw something I couldn't help but share myself.

Without further delay, I want to talk about the beast of the ocean, butchering, and cereal. In other words, our brief but beautiful blossom.

Officials announced this line-up via the Roar on the Shore website January 17.

Each year, we're tasked with topping the previous year, and as the rally grows, so too does that challenge. We think we have a tremendous line up for 2012 – and expect that this great trio of bands will rock Perry Square once more.

Bands? Wait a minute. I didn't know there were bands with those names? I thought we were talking sharks, butchering, and cereal—two out of three things I really enjoy. I mean, com'on, we can't go wrong with sharks—after all, we've given them a whole week. Slaughter? Well, I read a book about that once. It was kind of confusing, I'll admit, especially slaughtering really didn't take place, but some folks with Time on their hands say it's good. And cereal? Who doesn't love something kid-tested, mother-approved?

Anyway, I'm still a bit foggy, but the announcement went on to, well, announce that 80,000 bikers and bike enthusiasts will "descend on downtown Erie for the 2012 event." The group hasn't yet announced the beneficiary of the sixth event that has raised more than $500,000 for various charities, but it's expected that Erie will yet again turn out and support people in need while celebrating with a bunch of bikers, some sharks, something I read about in a book on time travel, and a box of cereal, er, I mean some bands that I now need to go check out on Spotify.