While the Erie Reader debated, the Erie School District unveiled its proposals for 2012-3 school closures. 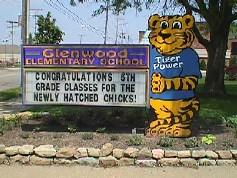 The Erie Reader debate on Wednesday was a rousing success and a general good time. But the same could not be said for the meeting happening the same night across the city at East Erie High School, where the Erie School District presented its school optimization proposal, unveiling the schools it's seeking to "mothball" for the 2012-3 academic year.

I wasn't able to go to the meeting because of the debate, but luckily the Erie Times-News' Sean McKracken was there and crafted a report.

Here's what you need to know:

The Erie School District also posted the McKissick presentation on 2012-3 school closures on its website.

The school district also discussed long-term school consolidation proposals -- over 20! -- and likewise has that presentation available online. I haven't gone through that report carefully yet, but according to McKraken, the pricetag of consolidation would be anywhere between $177 and $374 million.

Given the current political climate in Harrisburg -- and Governor Tom Corbett having proposed a moritorum on state reimbursement of school construction projects -- that seems like a d*mn high hurdle to cross.