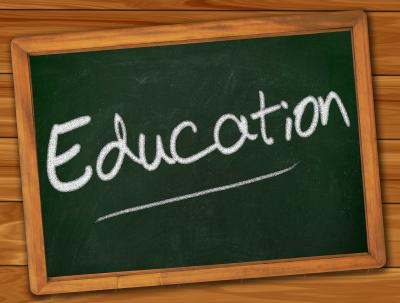 School is back in session. In the Erie School District that means teachers and administrators are searching for solutions to community problems which enter classrooms each day with students and serve as major disruptions to the educational process.

According to the Erie School District Director of Communication, Matthew Cummings, district superintendent Dr. Jay Badams has made addressing issues of poverty a significant priority.

"Dr. Badams told teachers last week in his welcome back address that teachers and administration need to work together to support students and mitigate issues related to poverty," says Cummings.

To that end the Erie School District (ESD) is rolling out two initiatives this year aimed at early childhood education and issues of student hunger, which plagues cognitive development and student behavior in the classroom.

"When kids are hungry, they have trouble focusing and that's a real issue for many of our students," Cummings said.

Earlier this summer the ESD announced a pilot program in four schools - Pfeiffer-Burleigh Elementary School, McKinley Elementary School, Edison Elementary School, and the Woodrow Wilson Middle School - where students will receive breakfast in the classroom during their homeroom period rather than before school, as the program has been administered traditionally.

The breakfast program is funded by the federal school lunch program.

The ESD will also begin to offer free, grant funded pre-kindergarten in seven city elementary schools. According to the Pennsylvania Department of Education, six areas in the City of Erie have more than ten percent poverty rates among children under age 5.

These numbers are significant because overall the district is not identified as one in which more than 30 percent of the district's students live below the poverty line, a benchmark used to distribute state funding available for the districts that have a clear financial hardship.

By providing pre-K in targeted areas, the district hopes to create a foundation for education that will transfer to elementary and secondary education.

Initiatives such as these are being replicated across the country as a means of addressing economic inequality and other community-related issues - such as violence and employment preparedness - related to such disparity.