Dr. Katherine Law and our area's decades-long struggle against the infectious lung disease

Editor's Note: "Erie's Battle With Tuberculosis: How It Was Won" was originally published by the Jefferson Educational Society. This publication, and others, along with video presentations, are available at JESErie.org.

Because of the epidemic proportions of tuberculosis in the latter part of the 19th century, the Commonwealth of Pennsylvania gave its counties the authority to establish institutions for the care of tubercular patients. While each county would operate its facility, the state committed to paying for most of the care of indigent patients.

The latter part of the 19th century was the golden age of medical advances. Many of those pertained to communicable diseases such as tuberculosis. 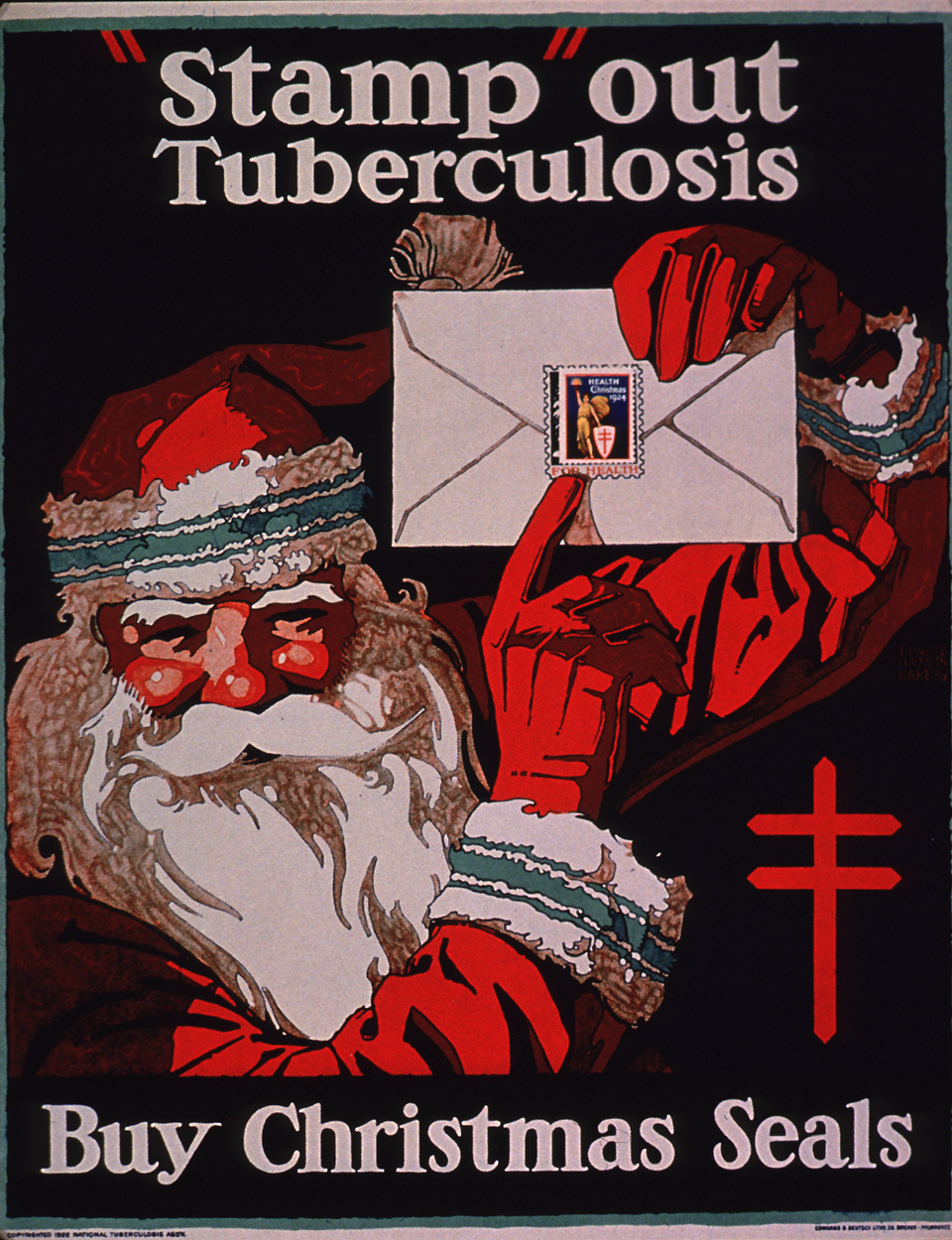 Tuberculosis, however, continued to be a scourge in the U.S. and in the world as a whole. In 1904, tuberculosis in the U.S., claimed 100,000 lives annually. This was more than the mortality of diphtheria, smallpox, typhoid, and scarlet fever combined (Erie County Hospitals, 4/13/80).

In Erie, tuberculosis became the chief concern of the local American Red Cross whose Erie members took up the fight against the spread of tuberculosis. In 1909, these energized citizens met weekly at the Reed House on Perry Square, and on May 13, 1910, they incorporated and chartered the Erie County Society for the Prevention and Treatment of Tuberculosis. The organization adopted as their symbol the Red Cross's double-barred Cross of Lorraine, which had become the symbol for the fight against tuberculosis around the world. By 1912, they had constructed a tented, fresh air camp at the Municipal Hospital, and by 1913, a 24-bed sanatorium had been established on East Gore Road. 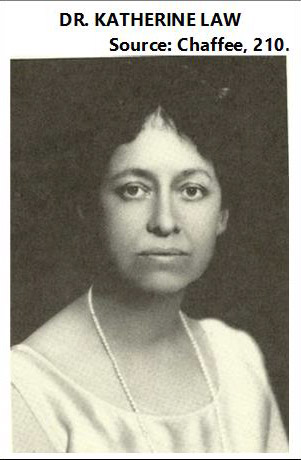 One of the concerned residents of the city of Erie was Katherine Law. Katherine was the daughter of Stephen J. Law and Ella Kimball Law. Her Great-great-grandfather was Samuel Hays, the Burgess of Erie during the building of Oliver Hazard Perry's fleet of Ships in 1813. Katherine's mother died when she was two years old, and she was sent to Lowell, Massachusetts, where she was cared for by relatives.

Katherine received her early education in Lowell and graduated from the Lowell Training School for Teachers in 1898. Katherine would have been in Lowell during the time of the Lowell woolen mills strike and thus familiar with the conditions under which the mill girls worked. Katherine chose to attend the Women's Medical College of Philadelphia and graduated with an M.D. degree in 1904 (Chaffee, 210). Her decision to pursue a medical degree exhibits an unusual strength of character and highlights her determination and courage as a woman, where attending medical school was quite unusual.

In 1909, Dr. Katherine Law returned to Erie, Pennsylvania, where she immediately became involved in public health. In 1918, Dr. Law was intensely active in the Spanish Flu pandemic of that year, and at the same time, assumed directorship of the state TB clinic at 21st and Peach Streets. In 1920, due to her dedication and medical acumen, she was elected President of the Erie County Medical Society. In later years, she continued to be an advocate for free chest X-rays for all adults and children in her aggressive fight against TB (Chafee, 211).

By the turn of the 20th century, fighting communicable diseases had become a focus of the State government in partnership with their counties. In 1915, Pennsylvania law permitted commissioners of any county to appropriate as much as $10 a week to pay for the maintenance of an indigent person in any tuberculosis hospital established in the county. In addition, the State authorized counties to establish hospitals for the care and treatment of poor persons suffering from tuberculosis. In 1921, the State ordered that all tuberculosis facilities receiving State funds were to be operated by the county commissioners of the county. 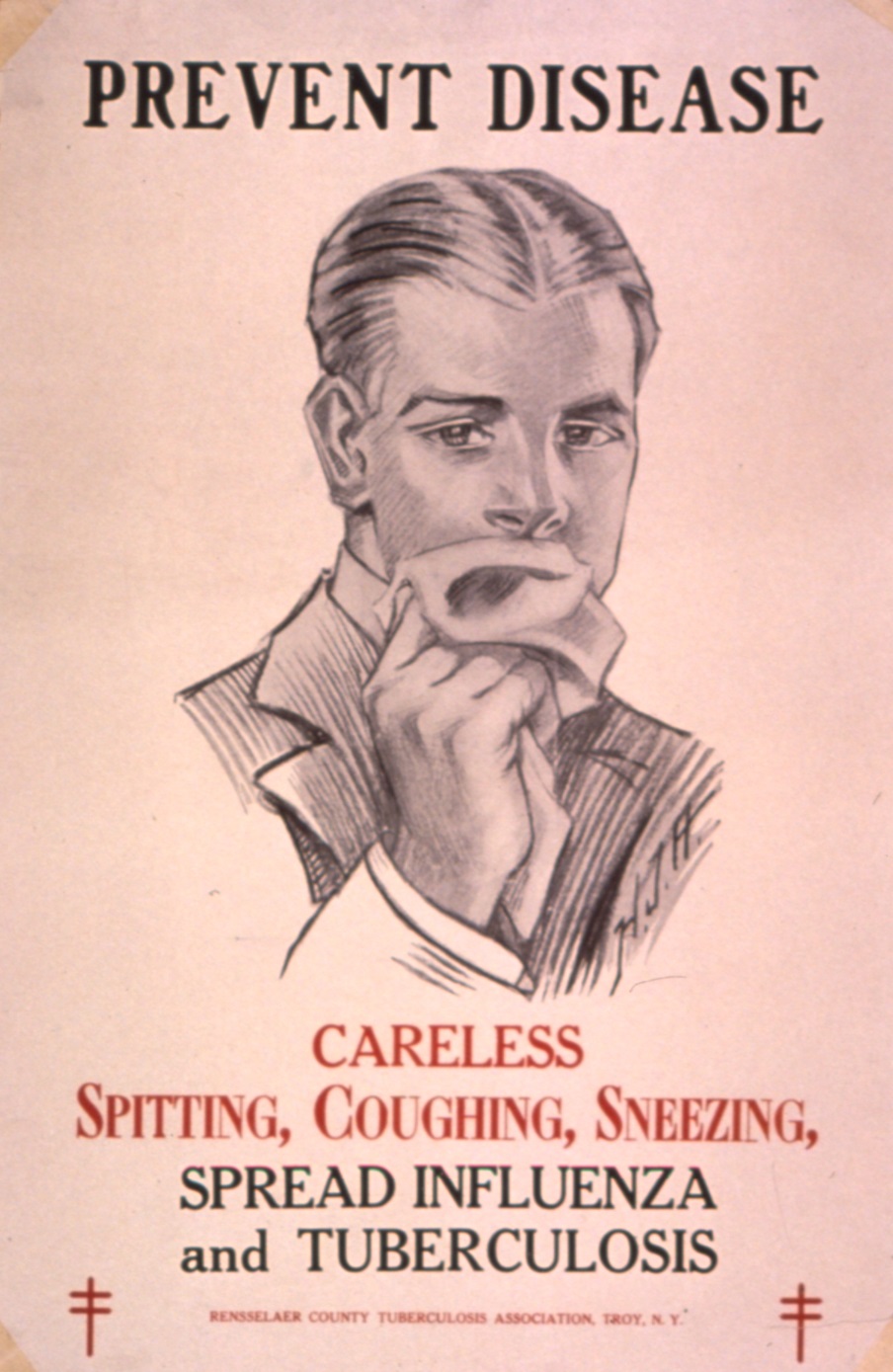 Tuberculosis Poster in the 1920s, U.S. National Library of Medicine, via Wikimedia Commons.

In the election of 1922, there was a referendum on the Erie County ballot that asked voters whether Erie County should establish a county hospital for the treatment of persons afflicted with tuberculosis to be supported by a 1 mill tax. The voters answered overwhelmingly "yes." Thomas Flatley, chairman of the Board of County Commissioners at that time, welcomed the vote but found the project economically beyond the county's reach.

The Erie County Health and Tuberculosis Association under the leadership of Dr. Katherine Law took the leadership in raising the necessary funds for the construction of the tuberculosis hospital. In 1930, the Association bought a 14-acre tract of land at the intersection of Lake Pleasant and Gore Roads and deeded it to the County of Erie. Sufficient funds during the early days of the Depression were always a problem and construction of the hospital did not begin until 1935 when Federal Works Project Administration funds became available and the federal government agreed to underwrite up to 45 percent of the construction costs (Erie Hospitals, May 11, 1946).

In 1936, the construction and operation of a tuberculosis hospital for Erie County was again placed on the ballot as a referendum. On Nov. 3, 1936, Erie County voters again voted "yes," and in Dec.1936, ground was broken for the new institution. 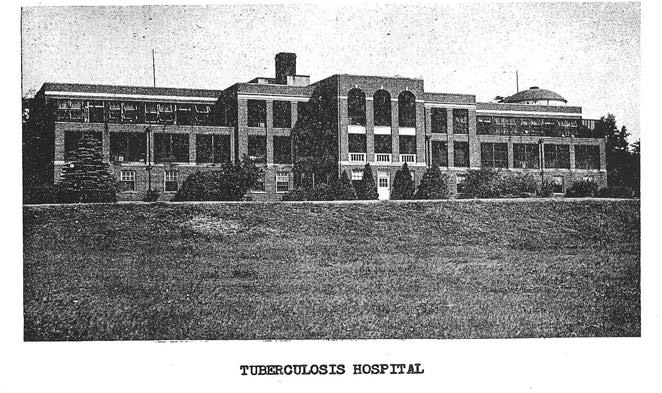 Throughout the early 1940s, tuberculosis remained a health problem, and the waiting list for admissions to the tuberculosis hospital grew. Then in 1946 the antibiotic, Streptomycin, became available. Finally, there was an effective treatment and cure for TB.

By 1964, tuberculosis in Erie County was not the problem it once had been, and only about 50 percent of the beds at the Erie County Tuberculosis Hospital remained utilized by tuberculosis patients. The other half were unused, since State financial assistance to the tuberculosis hospital was based solely on those diagnosed with tuberculosis.

Recognizing the significant reduction in the number of tuberculosis patients and the underuse of beds, the County Commissioners voted in 1964 to consolidate the facility with the Erie County Home, now Pleasant Ridge Manor for the care of Erie County's elderly (it closed in 2015). The fight against tuberculosis had been won! 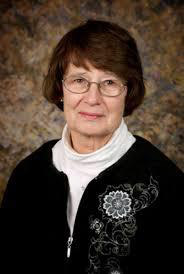 Judy Lynch, Ph.D., is a Scholar-in-Residence at the Jefferson Educational Society. She was named the Jefferson's Decadean Scholar in 2018. She continues to serve on the Jefferson's Board of Trustees and was its first chairwoman. From 2004 to 2017, she served as Associate Professor of Political Science and History at Mercyhurst University. From 2002 to 2004, Dr. Lynch taught at Allegheny College and was part of the Civic Engagement Institute. Prior, she worked as an analyst for the CIA and served for 20 years as Erie County Executive. She received her Doctorate With Distinction in Political Science in 2001 from the University of Pittsburgh and her M.A. in Social Studies from Gannon University. Her undergraduate degree, a B.A. in History and Political Science, is from George Washington University.