Mike Ruzzi is first broadcaster to be inducted into Pennsylvania's Sports Hall of Fame. 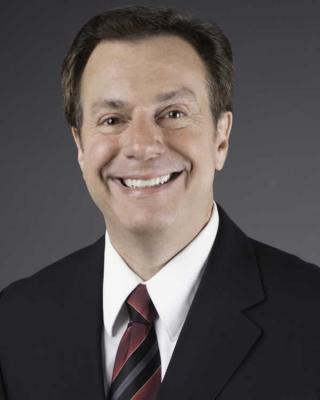 Mike Ruzzi is an icon of Erie broadcasting. For much of his thirty-year career he served as WICU's sports director before being moved into the primetime news anchor spot late last year. It was a move that many people misread as a forlorn newsroom shuffle when the station announced the move last August.

On June 24, Ruzzi was inducted into the Metropolitan Erie Chapter of the Pennsylvania Sports Hall of Fame. He is the first broadcaster to honored by the organization.

During the induction ceremony, Ruzzi gave a poignant and personal induction speech. He remembered attending the World Series with his parents at Three Rivers Stadium, and the sacrifices his father made to so that he could attend a Steelers/Raiders game – yes, that game...the immaculate reception game – in 1972.

Too humble to shamelessly promote his many professional accomplishments, Ruzzi also talked about his many years working with and promoting the Special Olympics and the Pittsburgh Mighty Penguins sled hockey team. If you take the time to listen to his speech – and I encourage you to do so – you'll hear the story of Rachel, a blind Olympian who skied at Peek n' Peak and taught Mike about what it means to be an athlete.

Ruzzi's speech and his many charitable works remind us what it means to give back to one's community. A Pittsburgh native, Mike came to the Erie community after graduating from Edinboro University. Like so many transplants, he saw the many positive things happening here and decided to make it his home. WICU and the community at large are better for that decision.

Sitting with Lilly Broadcasting General Manager Pam Forsythe at the dinner, we couldn't help but discuss the character that Mike exhibits. "He's just a genuinely good person," she says.

You'd be hard pressed to find someone who disagrees.