Every Time I Die // From Parts Unknown 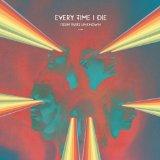 Every Time I Die

The Buffalo metalcore band Every Time I Die have released their seventh album in their nearly two decades of existence. From Parts Unknown is a great expression of their nearly flawless hardcore, lyrically diverse, and pulsating formula, hitting hard in the first 30 seconds with "The Great Secret" blasting away at a breakneck tempo. From there, lead vocalist Keith Buckley screams through his life from the last three years. Each song has distinctive guitar riffs, as per usual for ETID, but some standout tracks are "Exometrium" and "Decayin' With The Boys." Some experimental tracks include "Moor" and "El Dorado," where the band balances indie-rock and southern rock 'n' roll into the album's list. Overall, any ETID fan will be extremely pleased with the July 1 release, and new listeners will get a good idea of how this cornerstone hardcore band produces great music. – Jess Scutella

every time i diefrom parts unknown