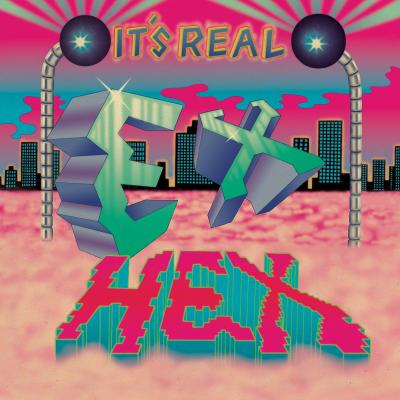 With It's Real, Mary Timony and company return at long last for their sophomore album. 2014's Rips was a breath of fresh air when it came out, a real rock 'n' roll experience that seemed perfect for the times. In contrast, It's Real almost feels forced. Sure, Timony is an excellent guitar player (joined by bassist Betsy Wright and drummer Laura Harris), and the riffs abound on this record, but even from the first moment, it feels more at home as a Guitar Hero track than in an underground zine. If you're unfamiliar with Timony's discography, now is the time to go out and listen to every Helium record (and let's not forget her contribution to the supergroup Wild Flag in 2011), because they are nothing short of amazing. Those albums did come out more than 20 years ago, so the balloon may be sinking a bit. Employing a slightly processed vocal effect for most of the record, the sound seems intentionally grounded as a pastiche of '80s-era classic rock. Do the lyrics redeem it, juxtaposing new thoughts with old sounds? Nope. Save for high moments like "Diamond Drive," these tracks end up as a mostly forgettable album from an unforgettable artist. — Nick Warren

by Aaron Mook8 hours ago