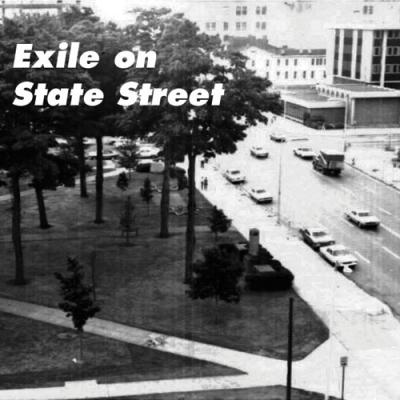 "Our region is currently facing certain identifiable problems which can and should be analyzed and attacked in a systematic manner. However, we shall certainly experience within the next ten years both challenges and opportunities that none of us can even begin to foresee. The question is, will the region be prepared to address those challenges, and seize the opportunities, in an effective and timely manner."

I wrote those words (with the help of Jim Walzcak) in my "Blue Print for Progress" thirteen years ago when I launched my campaign for mayor of Erie. They are as true today as they were then. How have we answered that question during the last near decade? The hard facts indicate we have not effectively responded as the Erie Region continues to lag behind the rest of the state and nation in most of the significant indicators of a healthy and viable region, i.e. population, jobs, and wealth. As a result, we have lost significant ground relative to other regions of similar size and opportunity.

Beginning with this article and continuing throughout the year, I will focus on issues and strategies that can produce growth and opportunity for our Region. Many of these issues have been debated at various levels and with various intensities for probably a generation. What has been lacking for the most part, however, is a comprehensive strategy to fundamentally change the way we are doing business. Further, the corollary to this has been the lack of political leadership able to recognize the issues and take on the challenges necessary to bring transformative change to the Erie Region.

You all know me by now. I am no stranger to controversy. The purpose of this column will be to lay out the challenges and opportunities necessary for Erie to reverse its downward slide. The type of change that I have advocated and will continue to advocate in this column will be controversial, especially if you are of the opinion that Erie is doing just fine. And there are many out there of this conviction; perhaps because we have been in a state of perpetual decline for more than a generation, it has become ingrained.

To its credit, the Erie Region has retained many experts over the last twenty years to identify our problems and propose solutions. One analysis, which I will cite often in this column, is the 2001 report by Brian Bosworth: "Toward an Economic Development Strategy for Erie." Bosworth made thirteen major recommendations in the report. His first major recommendation for the Region was to get organized with the creation of a high-level, civic coordinating council designed to integrate the activities of the region's principal business-based civic and governmental institutions and authorities, with the goal of implementing the recommendations of his report as well as other major economic development initiatives. The most recent controversy regarding the inland port project is a perfect example of the type of venture that should have been identified as an important economic development initiative and vetted through a countywide coordinating committee. Instead, and let me say I believe this is an important project, the concept surfaced with little support from any one except its protagonists.

Many of you may recall that following Bosworth's highly publicized report, I, along with then County Executive Rick Schenker, launched the Civic Coordinating Committee or C3 to implement a comprehensive and coordinated economic development strategy for Erie County. C3 heralded some initial success, if only that for the first time, the Erie Region developed a defined strategy for economic and social development. Various organizations were tasked with moving the agenda forward, whether it was developing an Internet Access Strategy, creating a marketing plan for the region, downtown development, or the establishment of a community college. Unfortunately, both Mr. Schenker and I left office and the committee faded away.

That leaves us where we have been for the last eight or nine years with no comprehensive plan, no coordinated strategy, and importantly, no matrix upon which we can hold various organizations accountable. Thus, as with the inland port project, one organization may have a good idea, but it's not part of an overall strategy, including a strategy on how to get it done. The region is then left with a controversial project, quite likely to be derailed by opposition, that doesn't happen, which reinforces the region's acclimation to the downward economic spiral.

I would suggest that the region's leadership dust off Bosworth's report. The first step is to reorganize a civic coordinating council and develop an economic and social development strategy for the Erie Region. The team should include leaders of the largest private sector employers as well as upcoming entrepreneurs. The largest nonprofits and authorities must be part of the effort. Finally, elected officials must also be part of the team.

As Bosworth concluded "...if a region's leadership – especially in a region that is struggling – wants to make an important contribution to wealth and opportunity for its people, it must begin by getting organized. It needs to be organized at the level of the economy, and be able to direct public investment and influence private investment rationally for the region as a whole."

It's not too late to get organized. In the coming weeks and months, I will continue to highlight those issues and strategies that I believe will be crucial to moving Erie's economic and social agenda forward.