What the City of Erie needs in the next mayor 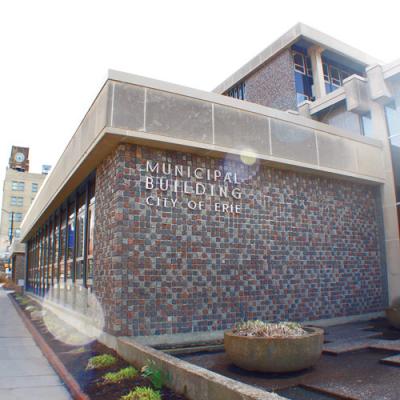 Anyone can hold the helm when the sea is calm. – Publilius Syrus

Well, it's good to return to the Erie Reader after an almost 16-month absence. And what better time? The upcoming spring primary, at least for the City of Erie, has epic consequences. I could not just stand by and let this happen without giving some input.

And whether you agree with me or not, I hope that when I write a few articles on this subject, you will at least consider some of the ideas which I think are critical to the city electing its next chief executive.

In the coming issues, I intend to focus on the primary qualities and attributes that the next mayor must exhibit. And, the purpose of my pieces will not be to advocate one particular candidate. You, the Erie reader, can be the judge of that. However, I am hoping to stimulate an insightful, if not critical analysis of what the candidates have to offer, since this may be Erie's last shot – for at least another generation if not more – for a mayor to turn the ship around and lead us to prosperity.

There are seven candidates running for the city's highest elected office. Frankly, I believe it is one of the strongest fields in an open race in a lifetime. It's arguably stronger than the field I ran against in 2001.

There are many definitions of leadership. However, I believe it's best to look at a recent practical example to reflect on how we don't have it now and what we must look forward to in the future mayor.

The next mayor needs to lead, not only the City of Erie, but its related entities, as well as all of Erie County and northwestern Pennsylvania. Without a real representative in Congress, and with the local legislative districts gerrymandered beyond reason, the mayor of Erie must be looked upon as that individual with the driving vision to move us forward. The mayor must be able to assume a leadership role that might not necessarily be within his or her technical "job description," but rather one of far more extensive and meaningful import.

A particularly poignant example of this is in the City of Erie School District's impending financial collapse. For those who don't realize it (and for reasons I don't fully understand), the city and the Erie School District share the same boundary. The district is run completely independently of city government, yet both derive their taxes from the same base. It's no secret that this, coupled with myriad other issues, has led Erie School District to slash spending, cutting teacher and administrative positions and deferring maintenance on schools over the recent several-year period just to survive.

Most recently, the district, ably led by Superintendent Jay Badams, presented a recovery plan to the state Department of Education since the city school system is in a "financial watch" status. The district's plan was soundly rejected by state Secretary of Education Pedro Rivera, who essentially told the district to tax its way out of the crisis.

Well, anyone who owns property in the city knows this is not a viable option. Further, this demonstrates an alarming level of ignorance on the part of state officials regarding the steps taken in the last several years to balance the district's budget, and the unfair and inequitable longstanding tax burden on city residents, especially compared to the suburban districts surrounding the city.

And where has the current mayor been during this entire crisis? As usual, content to sit on the sidelines claiming this is not his fight. Not his fight? How could anything be further from the truth?

A real leader would recognize the critical nature of this impending disaster and how, with a defunct school district, there will be no viable way to implement the city's new comprehensive plan, or even just improve the 40-year slide that the city has found itself in. No, a real leader would recognize the significance of this issue and lend his or her leadership and political clout to the fight. What does it matter that the mayor or City Council does not run the school district? The city is fighting to remain relevant, and for its life. The survival of the school district is essential to the city's long-term future.

To his credit, Erie School Board President Frank Petrungar Jr. eloquently stated the issue in a March 1 Erie Times-News article: "It's not just about the school district, it's about the city. If the school district fails, the city is going to fail. There is no one who is going to want to move here with families, or open businesses, if we don't have a thriving school district. The taxes keep going up and we're just pushing people out of town. It's just not working."

Frank Petrungar gets it. Joe Sinnott does not. The next mayor must get it.

The mayor must recognize that the position brings with it the mantle of the leader of northwestern Pennsylvania, and with that the duty to exercise clout and lobby for those things critical to the survival and prosperity of our region.

The next mayor needs to understand and appreciate all of the workings of our region and how they interrelate. The next mayor must understand that advocating for things which might not be in the city budget or in his or her "disciplines" is one of those crucial elements that define leadership. The mayor must recognize that the position brings with it the mantle of the leader of northwestern Pennsylvania, and with that the duty to exercise clout and lobby for those things critical to the survival and prosperity of our region.

Let's face some real facts. Jay Badams has done an incredible job throughout this debacle. However, he is not an elected official. He does not have political clout. To her credit, Kathy Dahlkemper has shown a willingness to support the cause. However, the mayor, who should exercise significant clout with Democratic Governor Tom Wolf, is completely AWOL on the issue.

Imagine a staff member, which the secretary of education is, sending a letter to Lou Tullio, Joyce Savocchio, and I'd like to think even myself, essentially telling the school district to go pound salt and raise taxes? It would never have happened from the administrations of Democratic governors if the mayor of Erie had any leadership role on the issue and was exercising political clout.

I am not saying that the district would have gotten everything it wanted, or even anything, but surely a Democratic governor would have realized, with an upcoming re-election bid, the political danger in dissing the mayor of Erie. Here, since we had no leadership on the issue, the governor has essentially done that.

The reality is that the next mayor must exhibit an understanding of the issues that are critical to the survival and prosperity of our region. In doing so, the next mayor must have the courage and tenacity to lead, even on those issues that might not be commonly thought of as in his or her wheelhouse. These are not calm seas that our city finds itself in.

When adrift in rough waters, we need a captain who can steer our ship to a safe harbor. That is why we, as residents of Erie, need to look for LEADERSHIP as the primary quality in the next mayor.