Cocomama - with its members from six countries and four continents - will be performing June 20 as a part of the Romolo 2015 Summer Music Series. 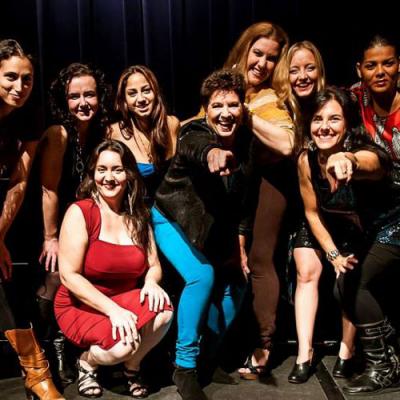 While listening to the women that comprise the band Cocomama, just enjoy the music and don't worry about giving it a name.

Latin-Jazz? Uh, uh. Afro-Cuban? Maybe a little. Afro-Caribbean? A touch. Brazilian? Could be.

You see, Cocomama's music is exotically original, probably because its members come from six countries and four continents. Talk about international!

The band performs mostly original music – although it's not clear, as their repertoire could include popular songs from different countries.

Cocomama favors slow to medium tempos, probably because they're performing love songs. They can light a fire at times, however.

Several of the women do lead vocals and often three or more will sing together, and that's impressive. They sing mostly, if not always, in Spanish. It seems as if they are swaying or moving in some way with the music at all times, and that adds to their performance.

How did a group of women from so many different countries and cultures come together and become a band? Pianist and Musical Director Nicki Denner tells the tale.

"The group dates back to 2005 when we got a call to perform at a fundraiser for then-New York Mayor Michael Bloomberg," she says. "The success of the performance led to other gigs and from this Cocomama was born. The band was never anybody's idea. It just happened."

What about the name? Denner again. "Cocomama is the Incan goddess of good health. We thought this was a really good name because it has such a positive connotation and the sound of it was exotic and easy to pronounce regardless of whatever language you speak."

Cocomama's music also is exotic and easy to enjoy no matter what kind of music you like. — Bob Protzman