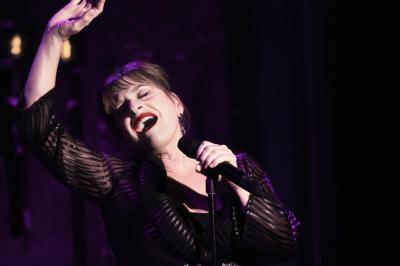 Classic Broadway. An unmistakable voice. A night reviewing and reliving some of the most iconic songs ever — all with Patti LuPone, who comes to the Mercyhurst Institute for Arts & Culture on May 2 to close out a rich and wonderful season.

Just in case you're not convinced that attending this performance will be an unforgettable experience, Brett Johnson, director of MIAC, expresses LuPone's power and expertise perfectly: "Ms. LuPone is an extraordinary talent, a consummate actress who can effortlessly play the loftiest heights of comedy and drama, plus a powerhouse singer who generates more raw excitement than any other performer on a Broadway or concert stage."

Her current show, titled Don't Monkey with Broadway, will explore the greats, the instantly recognizable classics, and perhaps introduce a new song or two along her journey down the Great White Way. Expect to hear classics from composers like Leonard Bernstein, Stephen Sondheim, Lorenz Hart, and Jule Styne.

"I can't think of a better way to conclude our 2018-19 MIAC Live season than with two-time Tony Award-winning Broadway legend Patti LuPone," Johnson adds. In addition to Lupone's two Tonys for her leading roles in Evita and the revival of Gypsy, she received two Grammy awards for 2009's recording of Rise and Fall of the City of Mahagonny. Come experience greatness and enjoy a night filled with music — but please, stay off your phone, as Ms. Lupone has made numerous statements decrying in-theater distractions, even known to confiscate audience members' phones, albeit temporarily. Attentive concert-goers will no doubt help close the live season on the highest note imaginable. — Miriam Lamey