Cleveland's Punch Drunk Tagalongs return to Erie for a night of crunchy guitars and hypnotic harmonies. 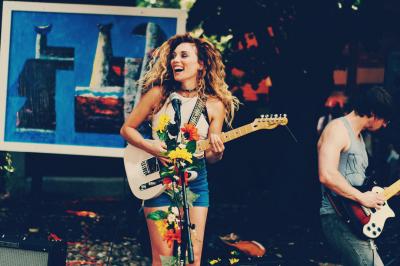 Next weekend, Cleveland's Punch Drunk Tagalongs return to Erie alongside locals The Standby and Cult Classics for a night of crunchy guitars and hypnotic harmonies at Scotty's Martini Lounge. Punch Drunk Tagalongs arrive fresh off the release of their first full-length album, Hazy, which was released just this past April. Hazy was recorded with Jim Wirt, a producer whose credits include bands such as Incubus, Hoobastank, Something Corporate, and Jack's Mannequin.

Delivering indie rock influenced by the '90s grunge and Riot Grrl eras, the band's live shows have been described as "a whirlwind of energy and emotion." Due to the diverse musical tastes and influences of their band members, Punch Drunk Tagalongs also happen to be known to flirt with elements of psychedelia and garage-rock. They are joined by psychedelic-grunge trio The Standby, who released a new single titled "Galavant" last summer, as well as the emotionally poignant and ever-popular indie-folk of Cult Classics, who released a three-song self-titled EP earlier in the year. — Aaron Mook