Transangelic Exodus is a complex funhouse filled with playful and oftentimes dangerous mysteries.

by Nick Warren
View ProfileTwitterInstagramRSS Feed
February 28, 2018 at 9:00 AM 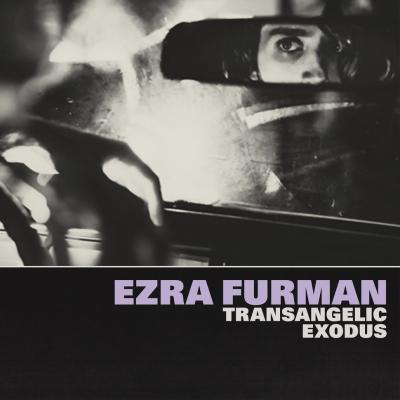 Transangelic Exodus is a complex funhouse filled with playful and oftentimes dangerous mysteries. On its surface, it's an exciting record, almost every one of its 13 songs replete with immediately catchy hooks and a jaunty, welcoming blend of garage rock and experimental indie. Ezra Furman's fourth solo album, this is perhaps his most ambitious work yet, and — relatively — his darkest. There's still a light air to Furman's songwriting, but Exodus doesn't plant itself as firmly in the cartoonish intensity that his earlier albums were content to thrive in. The childlike timbre of high-toned instrumentation veils the pain and frustration teeming under the album's lyrics. There's a loose storyline that begins with the opening track and the mythology is expounded in tracks like "From a Beach House," and "Psalm 151." The album's title is quite literally the plot. A queer couple flees a hospital and goes on the run after one of them has undergone surgery to become an angel. To its benefit, the rest of the album doesn't follow the story arc as closely, nor does it go into the potentially cringe-worthy territory that rock operas often do.
— Nick Warren

The Lasting Impact of Bernie Sanders

by Nick Warren4/8/2020, 12:21 PM
A short look back at Sanders in Erie, what he symbolized, and the important shift he made in American politics

by Symoné Crockett4/7/2020, 7:26 PM
Symoné Crockett's talks with local musician (onewayness, The LEC) and man of many talents Adam Holquist as part of her ongoing live interview series

by Nick Warren4/6/2020, 3:00 PM
Governor Tom Wolf and PA Secretary of Health Rachel Levine warn of a difficult time ahead