by Nick Warren
View ProfileTwitterInstagramRSS Feed
September 11, 2019 at 9:30 AM 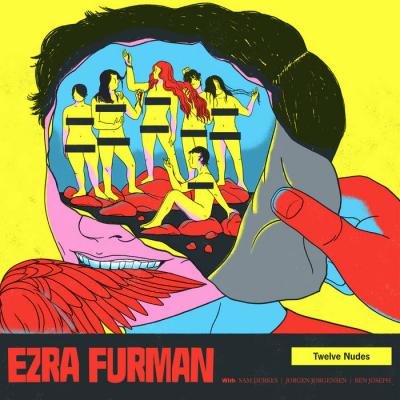 A jaunty ball of energy that flies by in 27 minutes, Twelve Nudes is Ezra Furman's follow-up to last year's spectacular Transangelic Exodus. With an evolving identity in terms of both gender and band names, Furman has released albums under various identities: Ezra Furman and the Harpoons, Ezra Furman & The Boy-Friends, Ezra Furman & The Visions, and most recently, Ezra Furman & the band with no name. Undeniably individualistic, Furman is always Furman no matter what pronoun is attached (a Twitter statement indicated that he generally goes by he/him, but not exclusively). This album is grittier than past releases, a layer of fuzz applied to the work to build a modern garage rock tone. Twelve Nudes is certainly more punk rock than past releases as well, in spirit, tempo, and overall ethos. Lyrically it tackles difficult subjects — depression, self-identity, and dealing with the world at large. Melodies are memorable (like the opening track "Calm Down or I Should Not Be Alone") and even anthemic ("Thermometer"). There are moments of vaudeville authenticity like "I Wanna Be Your Girlfriend," one of the remarkable qualities that Furman has long excelled at.