Facebook wants users to follow the rule, eight years after they let everyone begin to ignore them. 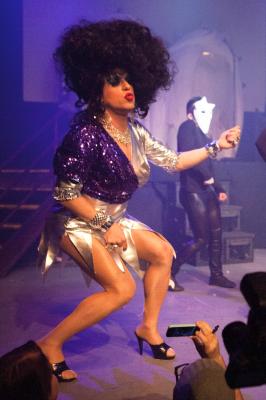 People generally assume (incorrectly) that the web is some vast bastion of pure democracy.

You can say anything. Almost.

You can do anything. Not quite.

You can be anyone you want to be. Perhaps. Unless you're on Facebook.

Tuesday, October 2 is reportedly the day that Facebook will begin to enforce its identity policy which requires that people use their legal name as their profile moniker, according to Vice Magazine.

The policy has been in place since Facebook's inception, but in the past few months the social media illuminati in the backwoods that are Facebook headquarters have begun to suspend the accounts of drag queens using their stage names as their public profile identification.

Why drag queens? Who knows. My guess is that they make an easy mark since Bianca Del-Rio and Sir Honey Davenport don't have that given-name ring to them.

Nonetheless, Facebook's enforcement of the rule of Zuckerbergian Law serves as an important reminder about our daily rituals. The web has more rules than we care to admit.

After all, this is not 'Nam and we have all accepted the "rights and responsibilities" of our favorite platform, be it Facebook, Twitter, or Drag Queens R-Us. We just choose to ignore the rules because the service providers make it all to easy to do.

Facebook met with the drag queens earlier this week to hammer out a deal.

Sister Roma of the Sisters of Perpetual Motion explains the situation on the radio show included in the video below.