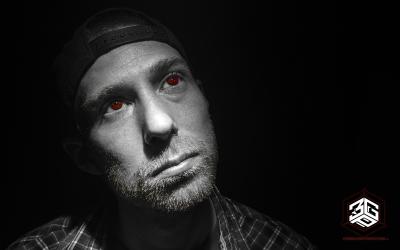 The Halloween season is inevitably in full effect; spooky décor, creative costume gatherings, the endless stream of horror films, and of course an eerie music video shot by ThreeGloves Productions.

Right before the crisp arrival of Autumn, Gloves (Howard Glover III) took a lightly publicized return to the music scene to film a video for local savage emcee Tone Fach a.k.a. Fach Nasty. Known for consistently trading bars with local rapper Jonny Evans in their band the L.E.C., Fach is back on his gritty solo venture with his Chris Head produced single "Nightmare On High Street." A play off of the Wes Craven horror classic, this lyrical tale explores the perils of having a trippy moment when you're too "mentally altered." Wrestling with being extremely lost – within the high – and craving for more makes Fach's opus both humorous and insanely creepy.

The ThreeGloves produced video showcases Fach's adventure as he finds himself nearly passing out in his own home, later wandering in the mysterious woods where he finds a particular "pot" of gold. He then hallucinates beyond control, and aimlessly runs from his own mind. The video kicks off with a contributed time lapse of the moon hovering over the Bicentennial Tower, an effect which was done by Erie photographer Paul Gibbens.

"Nightmare" is as dramatic as it is hilarious, with special effects, comic relief, and hard-hitting rhymes. Both Fach and Gloves hold nothing back as they take you on a ride for October's festivities – taking every verse and scene to another level. The song's production remains ominous with a pulsating groove intended to make you think that something is lurking in the shadows. From hiding from himself to amazingly falling from the Bicentennial Tower, Fach doesn't really get too much of a break in this gloomy visual.

Erie, P.A. has been known for releasing a plethora of top-notch material over the years through various production companies, and this spine-tingling feature adds to that collection. You can watch Fach battle his wild conundrum in his newest video on YouTube today.

Trick Or Treat (especially if you have the munchies).