MANIA is not a perfect album, but it is Fall Out Boy's boldest release in a decade. 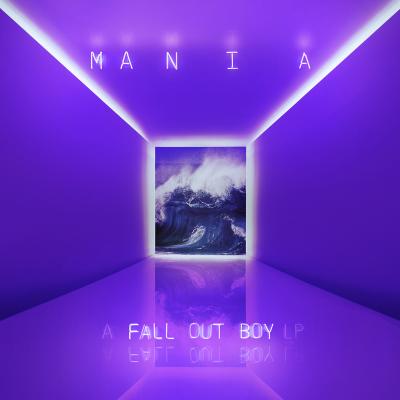 A common thread has emerged any time Fall Out Boy announces a new album. After what some believed to be a lackluster return to music with 2013's Save Rock and Roll, many fans adjusted and grew to appreciate the band as newly crowned kings of stadium-pop. And just as many were thrown off by the title track of 2015's American Beauty/American Psycho, many (including myself) worried by the ugly EDM sounds of lead single "Young and Menace." But as always, Fall Out Boy managed to subvert expectations while crafting yet another unique addition to their polarizing pop-punk legacy. MANIA retains the, well, manic disposition of its predecessor while simultaneously taking a lesson from the pure pop songwriting that made up Save Rock and Roll. The key word here is "groovy," with rolling basslines dominating the experimental Burna Boy collaboration "Sunshine Riptide" and confrontational opener "Stay Frosty Royal Milk Tea." Lyricist Pete Wentz even returns to the one-liners that made the band away message stars, with frontman Patrick Stump wondering "if your therapist knows everything about me" on "The Last of the Real Ones." MANIA is not a perfect album, but it is Fall Out Boy's boldest release in a decade. — Aaron Mook

by Bryan Toy2/4/2015, 5:00 AM
If Fall Out Boy wants to save rock 'n' roll, this is not the way to do it.
Fall Out BoyMANIAIsland RecordspoppunkPete Wentz