Fantastic Negrito // Have You Lost Your Mind Yet?

An energetic blend of funk, blues, soul, rock, and just about everything you want to hear right now

by Nick Warren
View ProfileTwitterInstagramRSS Feed
August 26, 2020 at 10:15 AM 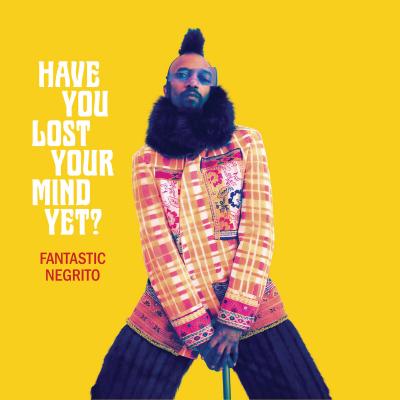 An energetic blend of funk, blues, soul, rock, and just about everything you want to hear right now, Fantastic Negrito lives up to his boastful sobriquet. Hearing the Stevie Wonder-esque rhythms of the opening track "Chocolate Samurai" is refreshing and enlivening. It's such a welcome sound, and one that really cooks. Fantastic Negrito is the stage name of Xavier Amin Dphrepaulezz, a 52-year-old Massachusetts native who released his first album in 1996 and wouldn't do so again for another 18 years. After a devastating car crash, Dphrepaulezz was released from his contract with Interscope and quit making music. He returned with a vengeance in 2014, releasing the first music under the name Fantastic Negrito. His 2016 album The Last Days of Oakland and its follow-up Please Don't Be Dead both won Grammy awards for Best Contemporary Blues Album. Will the nicely front-loaded Have You Lost Your Mind? give him the hat-trick? It certainly deserves to. Each of its 11 tracks (even the shorter song sketches) is filled with a raw, riveting sense of self. Listen to it, and "get free tonight."
— Nick Warren