Joing the fantasy football frenzy? Here are some quick tips drafting some people you're likely to never meet who will never know your name. 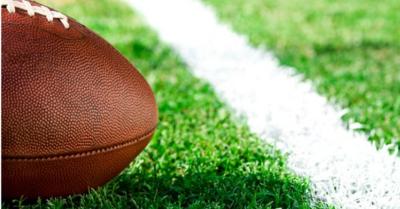 For many, fantasy football is reality. Yes, hometown teams may still be the squads that many publicly root for, but the millions of Americans who partake in the assembling of virtual football lineups really cheer for the stats that their chosen athletes amass each Thursday, Sunday, and Monday in an effort to reign supreme on an online field.

It may sound silly, but fantasy football is serious business, with a lot of money being wagered in the process (which is not gambling, mind you). It's even become so popular that the Chicago Tribune's Alexia Elejalde-Ruiz reported that the virtual sport can cost employers more than $13 million in lost time spread across fantasy football's 31 million users. Hell, it's gotten so big, there's even a semi-scripted show about it and ESPN fantasy sports analyst Matthew Berry had his book top The New York Times Best Seller list.

While I cannot really estimate how much time I spend on such activities, I do count myself as an active fantasy footballer, typically participating in three or four leagues each year. I'm no Matthew Berry, but I've been assembling real life players into virtual teams long enough (and winning the official Erie Reader league) to pass on a few tips to new participants or long-time enthusiasts who still draft kickers in the middle of the draft.

This seems obvious, but new rookie fantasy general managers lack patience when picking from the available player pool. For example, Antonio Brown is a player that had a really good fantasy season last year and is expected to do so again, but you wouldn't draft him at the end of the first round when his average draft position is at the end of the second round in 12-team leagues. In fact, take a look at the average draft position calculator to get a sense of just where players are drafted, because you don't really want to pay a fourth-round price for a guy if he can typically be had two or three rounds later, so let someone else reach for a middle-tier quarterback and land someone roughly just as good later on in the draft.

Always check what the scoring setings are for your league before you draft. Are you playing in a standard scoring league? What about a PPR (point-per reception) format? Bonuses for long-yargdage touchdowns or average yards per carry?

Those settings can make the difference between drafting a running back who is an active participant in the receiving game instead of a ground 'n' pound type like Alfred Morris. Also, you never know if your league might incorporate a gimmicky scoring set-up, like return yards, punting stats, and even head coach performance. These are rarely used (and understandably so to veteran fantasy football GMs), so adjust your draft strategies accordingly.

Punt on a kickers and defense/special teams

Don't draft kickers early. In fact, don't draft them until the last round. If you need to have a certain guy and want to pluck him in the second-to-last round, fine, but no earlier.

Yet, people still take kickers in the middle of the draft, which is just awful. Aforementioned fantasy analyst Matthew Berry pointed out in his excellent draft-day manifesto, New England kicker Stephen Gostkowski was tied for the third-most points in a season since 1960 during last year's campaign, and he only averaged 1.85 more points per game than Dan Carpenter, who finished 10th in points last year.

It's a nice bonus, but now you have to hope he repeats that performance.

Drafting a defense is similar, especially because it's hard to truly predict how a whole team will perform over the course of a year. The Carolina Panthers, one of the best defenses last year, wasn't even ranked in the top 10 during draft season last year. You can reach on a defense more than on a kicker, but let others reach and let all of that value fall to you.

People take fantasy football seriously, but never let it lose its charms. I mean, it's a game that lets you pretend to be an NFL GM, after all, so don't get too bent out of shape when an unforeseeable injury affects your weekly lineup. Keep it fun and play with people you like. Unless they're people that you don't like and are really bad at fantasy football. Then crush them and enjoy.