Prepare yourself for an evening full of explosive, fiery, fantastical sounds 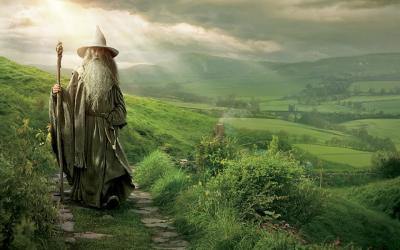 "Tones…just dark ominous tones," is how Peter Bretter describes the music he composes for the fictional crime scene TV show in the movie Forgetting Sarah Marshall. If you have ever watched a program like that, you know — like clockwork — when the moody music is going to kick in. It is so painfully obvious it takes you out of whatever quasi-reality in which the show exists.

You might assume the same kind of condition exists where fantasy films, TV shows and even video games are concerned. After all, the fantasy genre doesn't even pretend to exist in our reality. Yet the quality of the music is such that we never see it coming; it creeps up on us, skillfully blending from the background to the forefront, complementing the action on-screen and building as the characters reach their story's climax. Then the symphonic sounds fill the air, and we realize our hearts are pounding in concert with the beating of the drums and the blare of the horns.

Prepare yourself for an evening full of explosive, fiery, fantastical sounds, as the Erie Philharmonic and the Philharmonic Choir join formidable forces at the Warner Theatre, and take on memorable music from such films as Excalibur (Carmina Burana), The Lord of the Rings, The Hobbit and Harry Potter, TV programming like Game of Thrones and even the video game score from Skyrim. To round out the experience, photo stills from each will appear on a screen, with live-action video game play during the Skyrim feature.

Whether you're lordly, wizardly, or relate best to fire-breathing dragons, this night of some of the most recognizable and gorgeously composed music ever written will be one for the ages. — Cara Suppa