Media sensation carries a gift for both humor and music 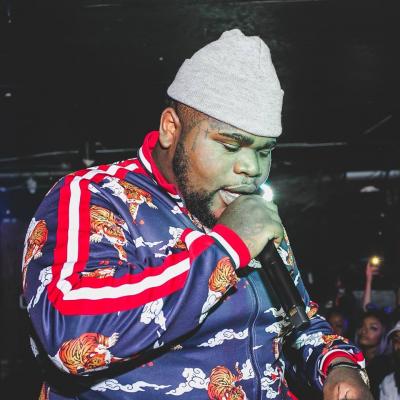 Basement Transmissions intends to keep summertime in Erie going until the fat lady — or in this case fat boy — sings. BT will welcome social media sensation FatBoy SSE to its stage for a night of music and comedy as he continues his "Tyriq" tour (referencing his real name, Tyriq Thomas Kimbrough). The 25-year-old first got his start by shooting Vine videos, often capturing irreverent public antics. From causing a scene in shoe stores to dodging female stalkers, the New Jersey comic and rapper has no problem with displaying real-life scenarios that provide gut-busting laughs and hidden gems to learn from.

On a mission to take care of his parents for life, SSE — which is an acronym combining the name of his neighborhood, Star Side, and Entertainment — carries a gift for both humor and music. The young spitter entered a high school talent show that inspired him to leave a life of crime that left him behind bars five different times. With a dream in mind and a friend who advised him to do short videos to showcase his funny side, FatBoy took social media by storm practicing both trades, and now has 5.6 million Instagram followers. The young mogul even landed a video with 2000s superstar 50 Cent. This September night will pull no punches, with several treats before the shenanigans begin, including 814 female lyricist Ducky and more guests to be announced. Beer will be available from Voodoo Brewery with proper ID. Brace yourself for a night of — dare I say it — too much fun. — Charles Brown