Feel the Puritanical Wrath of The Witch

FILM at Erie Art Museum will preview its summer program before the show. 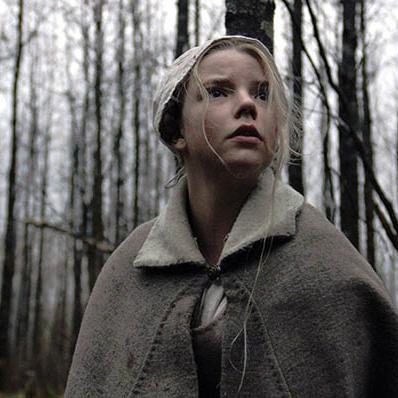 Upon viewing Robert Eggers' 2015 film The Witch, one commenter noted that it "features a declaration of feminine independence that both provokes puritanical America and inspires a tradition of spiritual transgression."

Don't expect to find this quote buried in a review on Rotten Tomatoes. These are the words of Jex Blackmore, National Spokesperson for the Satanic Temple.

You read that correct, folks. The Witch is a horror movie so creepily unnerving that it won an endorsement from an actual Satanic Temple. And for good reason – its ambitious mix of arthouse atmosphere, claustrophobic gender politics, and gut-level terror will stick to your ribs long after the screening. Imagine Arthur Miller's The Crucible as retold by H.P. Lovecraft.

The Witch is structured like a fairy tale, so if your interest in children's literature leans more toward Edward Gorey than Beverly Cleary, this might be the film for you.

But don't worry, you don't need to have a severed goat's head in your closet to get a kick out of this one. Its tale of 17th century religious zealotry calls to mind the black-and-white classics of Christopher Lee and Vincent Price. Its conspiratorial atmosphere will appeal to fans of Rosemary's Baby and The Wicker Man, which also deal with the occult. And The Witch is structured like a fairy tale, so if your interest in children's literature leans more toward Edward Gorey than Beverly Cleary, this might be the film for you.

Recent films like Karyn Kusama's The Invitation, Adam Wingard's The Guest, and David Robert Mitchell's It Follows have given the horror movie a refreshing facelift. The Witch builds on their momentum and pushes it in a strikingly visionary direction. It offers as much to an early American historian as it does to an adolescent gore-hound. Approach it with an open mind and a nightlight on hand for the rest of the evening.