Fighting Back Against a Blow to Workers' Rights 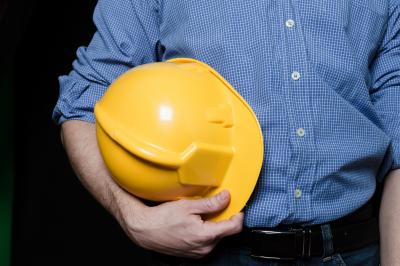 The U.S. Supreme Court recently dealt a severe blow to Pennsylvania's working families with a decision that threatens to eviscerate one of the most important protectors of public employees' rights — the union.

In Janus v. AFSCME, the court ruled that public sector unions — which are required by law to provide services to both union members and nonmembers alike — can no longer require nonmember employees to pay fees that support collective bargaining. Instead, the unions must provide these services to nonmembers free of charge.

The decision eliminates funding that serves as a lifeline for public sector unions. As their revenue stream dries up, they will lose the ability to stand up to powerful corporate special interests and fight for workers' rights.

That fight — waged successfully for so many decades — is what built and shaped the American middle class.

Unions saved workers from sweatshops and lifted them out of poverty by negotiating for fairer wages. They helped eliminate child labor and ensured that workers had safer workplaces and reasonable hours. Later, they helped working families secure benefits that many now take for granted, such as employer-based health insurance and medical leave. Because of unions, working middle-class families prospered and became upwardly mobile.

The same is true today. Teachers, police, firefighters, nurses, school district workers, social workers and numerous other government employees who serve and protect us are all better off because of unions.

And strong unions help all workers — not just union members — because all workers benefit from the efforts of collective bargaining, which safeguards rights such as fair wages, health insurance and safer workplaces. Because of unions, average Pennsylvania workers are able to spend weekends with their families, take their children to the doctor, and take lunch breaks — all because unions fought for them.

That's why the court's 5-4 decision siding with big business is so troubling. It threatens to undo all of these gains for Pennsylvania's workers and their families. And it threatens to disable unions at a time when we need them most — as corporate interests grow more powerful and wealth becomes increasingly concentrated in the hands of a few.

Fortunately, there are ways to fight back. The PA Workplace Freedom Act is a bipartisan bill in the works that would make it easier for Pennsylvanians to exercise their freedom to join and form unions.

The bill would allow public sector workers to form a union if a simple majority expresses support, replacing the current system of bureaucratic red tape that makes it difficult for workers to organize. The bill would also ensure that certified unions have access to new employees to explain the benefits of union membership.

As founder and Democratic chairman of the House Labor Caucus — and a proud former Teamster of 25 years while I was a driver for the United Parcel Service — I strongly support this bipartisan effort. The corporate special interests that fund anti-worker campaigns to weaken unions are sure to see Janus as a victory. But I won't stand by and see them destroyed. I vow to fight for unions and the tremendous good they do for all Pennsylvania families.

by Erie Reader Staff1/6/2021, 8:35 PM
In a controversial race, Brzezinski was backed by Witherspoon, Winarski, and Keys

by Erie Reader Staff1/6/2021, 7:58 PM
Lawmakers speak out against terrorism at nation's capital