FILM presents 'Under the Skin'

Scarlett Johansson delivers a performance in this Jonathan Glazer sci-fi flick that will surely get, well, under your skin. 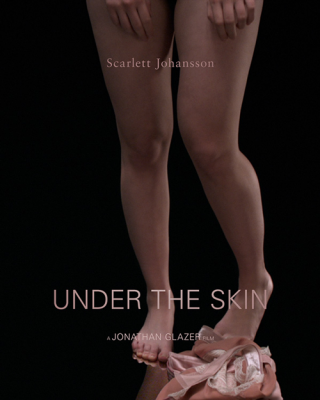 It's tough to think of a movie more poorly served by a plot description than Under the Skin.

On its surface, this sci-fi oddity resembles a softcore stinker – Scarlett Johannson as a man-eating sexpot from outer space! But this synopsis is about as useful as assuming that 2001: A Space Odyssey is the story of an evil black rectangle that controls the universe.

I mention 2001 deliberately. Like Kubrick's psychedelic classic, Under the Skin is more interested in an immersive experience than a linear narrative. Though its plot points may evoke the misogyny of the Species franchise, the film raises questions about gender, horror, and otherness that are far more radical and rewarding.

Director Jonathan Glazer began his career making strange music videos for acts like Radiohead, Massive Attack, and Nick Cave. Accordingly, he prioritizes innovative combinations of sound and image, especially during the film's darkest moments. By rejecting a recognizably "human" protagonist, Under the Skin strikes a strange balance between ambient detachment and alarming amorality. I can think of two sequences that scared me more than anything I've seen in a theater in decades, and neither scene resorts to gore or hysterics for impact.

If every A-lister was as brave as Scarlett Johansson is in this role, we'd have much better options at the multiplex. With her black wig, '80s rocker wardrobe, and aloof persona, she's virtually unrecognizable. This proves useful, since many of the scenes filmed along the outskirts of Glasgow involve unscripted encounters with non-actors.

Under the Skin continues the surrealist legacy of the "midnight movies" of the 1970s, as filtered through an idiosyncratic, post-MTV visual aesthetic. If the word "polarizing" is more likely to intrigue than offend you, this is one you won't want to miss.

film at eamunder the skin