Besides being another spook-tacular Halloween festivity, this event supports Erie-based filmmakers 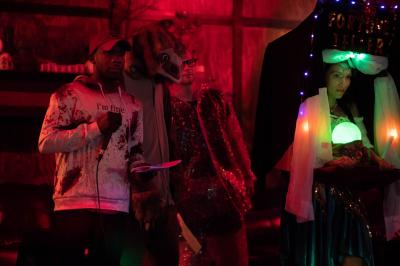 The Halloween festivities continue as the Film Society of Northwestern Pennsylvania joins in by hosting their third annual costume party fundraiser, A Nightmare on State Street.

John C. Lyons, executive director of the Film Society, points out that "unlike most Halloween parties, ours is for a good cause: to support Erie-based filmmakers and help them make their next project in our region."

The Film Society, which was formed in 2009, holds a mission to "elevate Erie's film industry, empower regional filmmakers, and foster patronage for the art of film." By putting on this event they retain all proceeds raised and put them towards their newly founded Filmmakers Fund. This fund helps local creatives put their artistic vision to the screen, which is the first of its kind in this region. Also, proceeds will go toward their downtown film series Film Grain: Dinner & Movie, held each Wednesday at Bourbon Barrel.

Besides being able to raise money for local artists, the Halloween party offers high dollar cash prizes for contests in both bull riding and best costumes (single/overall, movie theme, group, couple) valued at $100 for each. The night — which will be hosted by Charles Brown and Jonny Evans and sponsored by R.Frank Photography and Velocity Network, Inc. — will also include flip cup competitions, basket raffles, 50/50, and a themed food spread. Celebrity bartenders will be mixing up specialty cocktails throughout the night as well. These bartenders include R.A. Mihailoff, who played Leatherface in The Texas Chainsaw Massacre 3, R.J. Messenger (Iron Empire, Undercover Billionaire), Ryan Bizzarro (PA Legislator), Rebecca Mae (who will be performing that evening), Rebecca Styn (owner of Room 33), and many more.

So if you're dying to have some fun during this spooky season, Lyons says, "it is a damn fun night out where creatives and the business community can cut loose together!" This is one nightmare you won't want to wake up from. — Symoné Crockett