Fireworks Ensemble Sets Off at the Erie Art Museum

The Fireworks Ensemble is anything but ordinary. 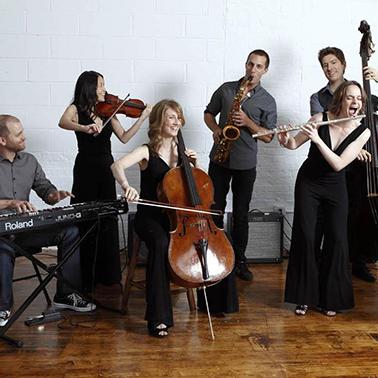 If you're looking for a run-of-the-mill show, keep looking. The Fireworks Ensemble is anything but ordinary. Like their namesake, the band is awe-inspiring, expansive, and yes, even a little patriotic. This amplified modern chamber group will be playing selections from its recent recording, American Tapestry. The album, released in October, stitches together a patchwork of our nation's distinct genres. From Navajo folk to Appalachian bluegrass, the band weaves together a beautiful illustration of the American experience.

"I listen to everything" is a hyperbole thrown around far too often. In the case of this band however, it's believable. The six-piece group features a bass, cello, guitar, percussion, violin, and keyboards. They've amassed quite a slew of intriguing selections, ranging from New Order to Frank Zappa. Classical influences abound as well. Half of their second album was devoted to Le Bourgeois Gentilhomme (a.k.a. The Would-Be Noble), a Molière comédie-ballet composed by Jean-Baptiste Lully. In addition to all of the above, they've done cartoon themes, Dolly Parton tunes, and cuts from West Side Story. There's something for everyone, with expert musicianship aplenty. – Nick Warren