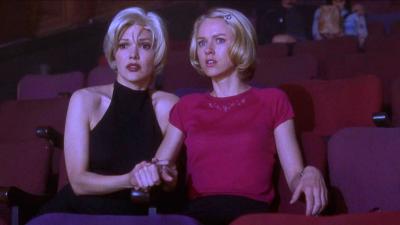 Before you watch The Art Life at the Erie Art Museum, here are five of David Lynch's films that I highly recommend. What started out as a pilot for a cancelled television series eventually became (according to the BBC) the best film of the 21st century so far. This story about the dark side of Hollywood contains some of the strangest and most haunting imagery ever committed to film as well as a heartbreaking performance from Naomi Watts. Lynch received his second Oscar nomination for Best Director for this challenging film.

Lynch's sophomore effort and first film produced by a Hollywood studio is the tragic story of Joseph Merrick (changed to John in the film), the man who lived as a circus sideshow freak under the cruel nickname "The Elephant Man" in the late 19th century. The film is a gut-wrenching, emotional story told in a way that only Lynch could do. He received his first Best Director nomination for this film, which also earned a nomination for John Hurt's performance.

This is one that nobody saw coming. This Disney-produced, G-rated film about an elderly man who drives his riding lawnmower 300 miles to make peace with his dying brother seems like the last thing that Lynch would make. However, it ended up being one of his best films. The film has a free-flowing, almost casual feel to it, but still several Lynchian touches here and there, as well as a simple but brilliant performance from Richard Farnsworth, who received a Best Actor nomination for his work. This is still one of the most audacious debuts in the history of film. Lynch's story about a young man living in a nightmarish industrial world who suddenly finds that he is the father of a hideous (and possibly sinister) mutant baby is seen by some as a terrifying subversion of family life, and by others as a hilarious parody of the sitcom-style family. The film, which is equal parts scary and funny, was a hit among the midnight-movie crowd and eventually attracted the attention of Hollywood. This film – Lynch's most recent and the only one shot digitally – is quite possibly his strangest one yet. Ostensibly the story about an actress who suddenly finds herself losing her identity, it contains some of the most surreal, dreamlike imagery I've ever seen. These include a TV sitcom populated entirely by giant anthropomorphic rabbits, a group of prostitutes suddenly breaking out in a dance to the "Locomotion," and a strange, almost otherworldly performance from Laura Dern (in my opinion, the best performance of her career). Check it out but be warned, it's weird even by Lynchian standards. – Forest Taylor