David Lynch: The Art Life and Twin Peaks: Fire Walk with Me come to the Erie Art Museum 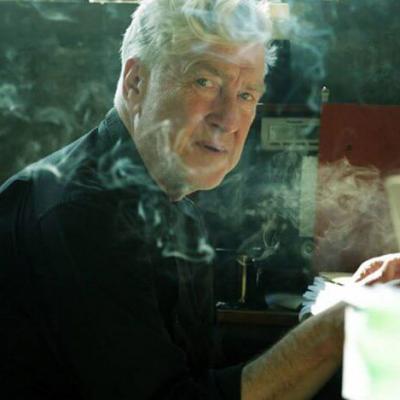 Cinema doesn't get much weirder than the works of David Lynch. For 40 years, he has helped push surrealism into the mainstream with his films combining dreamlike imagery, bizarre, otherworldly performances, and an overall atmosphere of ominous dread. Now a new documentary, David Lynch: The Art Life, is coming to the Erie Art Museum.

The film is a one-on-one discussion with the director as he discusses his early years, including his upbringing in suburban Montana and eventual move to the mean streets of Philadelphia. We learn about the events that inspired his art, music, and – most importantly – his challenging, provocative films. After winning a $5,000 grant from the prestigious American Film Institute, Lynch made his debut with the nightmarish midnight-movie cult hit Eraserhead, which brought his surreal style of filmmaking into the public consciousness. From there, he went on to make award-winning, critically-praised films like The Elephant Man and Blue Velvet, one big-budget sci-fi epic with Dune, and several independently produced arthouse films like Lost Highway, Mulholland Drive, and Inland Empire.

The Art Life is a fascinating look into the mind of one of the most interesting and enigmatic figures in American cinema, but it doesn't stop there. The very next week, the Art Museum is showing Lynch's Twin Peaks: Fire Walk with Me, the prequel/sequel to his much-loved cult TV series, Twin Peaks. The show, about the investigation of a teen girl's murder as well as a glimpse into the bizarre and sometimes horrifying activities of the residents of Twin Peaks, Washington, helped usher in a new style of supernatural and character-based serial drama, inspiring such shows as The X-Files and Lost. Fans of the show were intrigued and frustrated in equal measure as the film – which sought to give them all the answers – ended up leaving them with even more questions.

If you haven't yet experienced the strange and surreal worlds that Lynch creates with his films, maybe now is the time to check them out. Fans and detractors alike have expressed frustration with Lynch because he steadfastly refuses to explain the meanings of his films, instead letting the imagery speak for itself. I think Lynch expressed it best when he said, "it's better not to know so much about what things mean," adding that he doesn't understand why people always want art to make sense when, as he says, "life doesn't make sense." – Forest Taylor