One of the most critically acclaimed albums of 2019, and rightfully so

by Nick Warren
View ProfileTwitterInstagramRSS Feed
November 20, 2019 at 10:15 AM 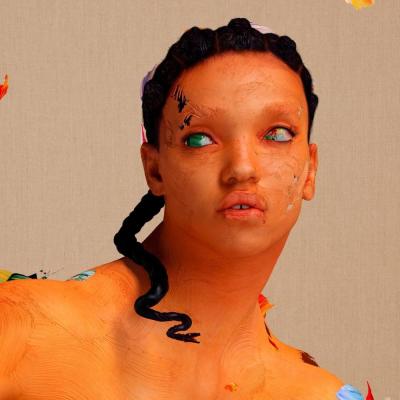 Capturing both a fragile beauty and a powerful exploration of self, FKA Twigs' sophomore album is one of the most critically acclaimed albums of 2019, and rightfully so. Tahliah Debrett Barnett, the 31-year-old English musician is better known as FKA Twigs (she insists the initials are simply a random set of letters, not standing for "formerly known as"), released her first album,  LP1 in 2014. Fans of her initial release will find a similar sonic tone here, less the pop sensibilities of singles like "Two Weeks" and "Pendulum." When fans were offered  MAGDALENE's initial single "cellophane" in April heralding this album, listeners were struck by Barnett's minimalist composition. In this album, her voice is thrust to the forefront, an effective instrument utilized in remarkable ways. It has its tense moments, like sections of "fallen alien," one of many futurist moments in this record's 38 minutes. Barnett is aiming just as high as she ever has, and she's virtually in a class by herself.  MAGDALENE is tempered emotion, surely perplexing to some, and heart-wrenchingly evocative to others.