An explosion of eccentric electronic music will emit from Basement Transmissions when PLEASURES takes the stage. 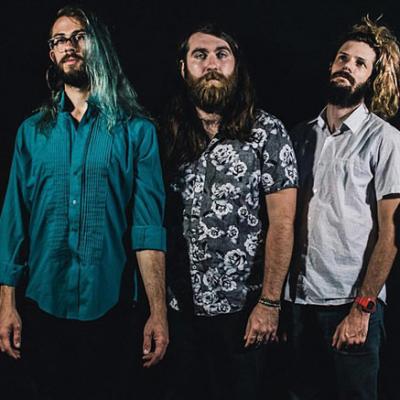 An explosion of eccentric electronic music will emit from Basement Transmissions when PLEASURES takes the stage.

The Florida-based quartet describes their sound as "dark and doomy, robot sex music, psychedelic, synthwave" – a complex, but remarkably accurate portrayal of their music. The band uses electronic instruments and a host of effects pedals combined with traditional rock instruments to create their wholly unique and intricate soundscapes, and to deliver performances unlike any others seen at BT.

Opening for PLEASURES are local favorites, Maddock. The new wave/disco/punk group never fails to get the crowd moving. "They played at our biggest event of the year, Toxic Prom, and put on a phenomenal performance," said BT staffer, Mike McCaslin. "It was a sight to behold to watch a couple hundred people dance their faces off to a unique talent from our own town."

Other opening acts on the bill are up-and-coming electronic artist RUDOLPH, breathing new life into Erie's electronic music scene, and Jack Stauber, best known as the vocalist for another local favorite, Joose.

"We can't describe how excited we are for this show," McCaslin said. "We are hoping to make it one of the best shows of the year." – Tommy Shannon