by Nick Warren
View ProfileTwitterInstagramRSS Feed
June 5, 2019 at 10:45 AM 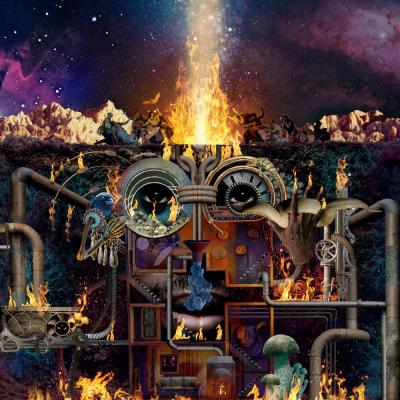 At long last, we have Flamagra, the burning follow-up to 2015's You're Dead, and the sixth studio album from Steven Ellison, better known by the moniker Flying Lotus. At 27 tracks and nearly 67 minutes, Flamagra's epic scope is not unlike that of its predecessors. The album ties together many opposing forces; it's both meditative and filled with tension, with moments of danceable aggression and evocative passages able to soothe one's nerves. The record features a myriad of guests such as spiritual brethren Anderson.Paak ("More"), Thundercat, Toro y Moi, and Shabazz Palaces, as well as iconic voices like George Clinton and filmmaker David Lynch ("Fire Is Coming"). The latest in an entry to a storied discography, Flamagra is marked by Lotus' trademark concoction of alternative hip-hop, jazz, and electronic music. It's able to be listened to passively, while being even more rewarding for the active listener, getting lost in the album's deep grooves and captivating glitches. As suggested by its title, the album uses a motif of fire, underscored by the hiss and crackle of faux vinyl sounds, its cover and kinetic streaming artwork giving way to the world's most relaxing nightmare. — Nick Warren