Former CoS at U.S. Patent and Trademark Office to Visit Penn State Behrend

Have an idea for a business or patent? Andrew Byrnes can help. 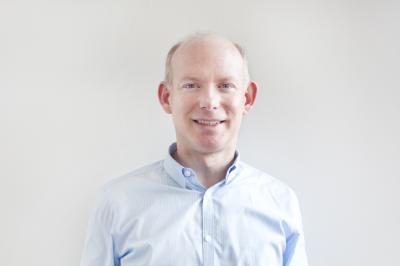 If you have an idea for a business or patent, then look no further, as Andrew Byrnes, the former Chief of Staff (CoS) at the U.S. Patent and Trademark Office from 2013-2015, is set to visit Penn State Behrend as part of the college's Speaker Series.

After leaving the Obama Administration, he was an executive for the pioneering ridesharing-for-kids service, Shuddle, and has represented technology companies and inventors as a Silicon Valley-based attorney at several major law firms, including as a partner in Covington and Burling, LLP.

He currently lives in the San Francisco Bay Area where he serves as executive vice president and general counsel at PresenceLearning, a venture-backed company democratizing access to life changing care for students nationwide. However, he is quite familiar with the Erie region as he attended General McLane High School in Edinboro during the 1980s.

His presentation, "The Path to Impactful Innovation: From the 'Innovation Mystique' to Transformative Change," begins at 7:30 p.m. in room 180 of the Jack Burke Research and Economic Development Center. The program is free and open to the public.