Global Summit VI is back. Laura Bush is on the card. 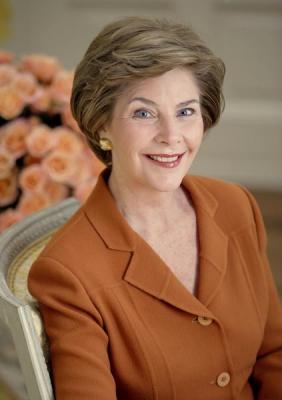 Former First Lady Laura Bush is returning to Erie.  Mrs. Bush accompanied her husband to Erie on a campaign stop in September 2004 when she introduced her husband to a capacity crowd at Erie Veterans Memorial Stadium.

That campaign stop was met by several hundred protesters on State Street near the stadium. This will be decidedly more civil.

Mrs. Bush will be in Erie to speak as part of the Jefferson Educational Society's Global Summit VI, which will be held in Erie between November 4 and November 11, 2014.

The full lineup for Global Summit VI will be announced this Thursday, August 14.

If previous Global Summit's are any indication of the caliber of speakers at this year's event, the community can be sure that it's in for a heady ride.

As one prominent local media dynamo said, "If they're leading with Laura Bush, imagine who else they've got this year."