While the singer has collaborated with band's like Limp Bizkit and Linkin Park, he's also worked with Southern greats George "The Possum" Jones and Charlie Daniels before recording and releasing his solo debut The Road in 2012.

by Alex Bieler
View ProfileFacebookTwitterInstagramGoogle+RSS Feed
September 3, 2014 at 6:25 AM 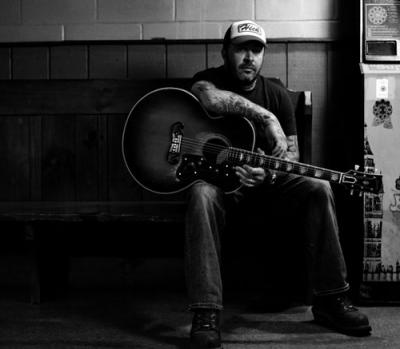 While many people know Aaron Lewis as the lead singer of the alternative metal group Staind – a band that has sold more than 15 million records worldwide – it should be known that Lewis is a little bit country in addition to dabbling in rock 'n' roll.

Lewis will bring his solo act to the Presque Isle Downs & Casino Clubhouse Friday, Sept. 12, where fans can witness the country stylings he unveiled on his 2011 EP Town Line. While the singer has collaborated with bands like Limp Bizkit and Linkin Park, he's also worked with Southern greats George "The Possum" Jones and Charlie Daniels before recording and releasing his solo debut The Road in 2012.

The heavily tattooed Lewis may not look like your prototypical country rocker – not all that surprising for someone who made it big in nu-metal – but his sunny song "Endless Summer" and his other tunes pleased listeners enough that The Road reached No. 7 on the Billboard Top Country Album Chart. Now you can see the un-Staind version of Lewis when he swings by Erie for a countrified set at Presque Isle Downs & Casino. – Alex Bieler