by Alex Bieler
View ProfileFacebookTwitterInstagramGoogle+RSS Feed
April 1, 2015 at 7:45 AM 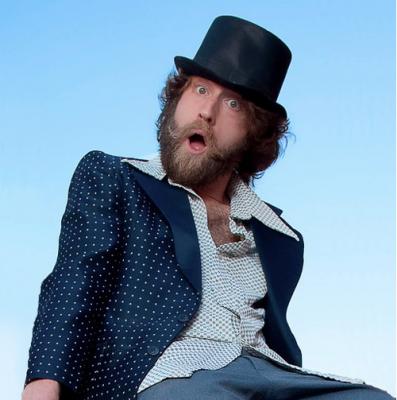 Some comedians draw from personal experiences for their jokes. Others try and find a taboo subject and turn a typically tough topic into something amusing. Josh Blue does both.

To quote the bio on his website, Blue "puts the cerebral in Cerebral Palsy." Blue became a master of self-deprecation, poking fun at his own case of the movement disorder at open mics during college, becoming so good that he took home first place on NBC's Last Comic Standing in 2006 and was the first comedian to perform a stand-up routine on The Ellen DeGeneres Show.

While some people may feel sheepish about laughing at jokes aimed at Cerebral Palsy, it's hard not to chuckle at Blue's shtick, as he unabashedly, and charismatically, rips his own condition apart for things like needing 45 minutes to sign an autograph. Blue is also a deft practitioner of improv, making each show different than the last.

Blue is immensely likable. Not only is he funny, he was also a member of the U.S. Paralympic Soccer Team at the 2004 Paralympic Games in Athens, meaning that he's certainly used to performing in front of any type of crowd, so he shouldn't have any trouble enticing belly laughs from Erieites when he swings through Jr's Last Laugh for a three-night, five-show run starting Thursday, April 9.

There are some subjects that may make some people feel uncomfortable, but this April, you won't have to be afraid about enjoying some Blue humor. – Alex Bieler