Fanfare for the post-emo, in the Aaron Copland sense 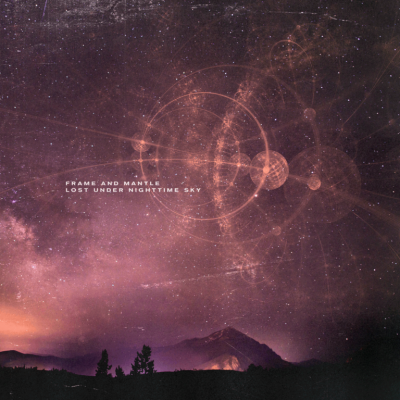 Frame and Mantle's long-awaited debut LP, Lost Under Nighttime Sky is a lovingly recorded, gorgeous rumination. It's fanfare for the post-emo, in the Aaron Copland sense. The band's horn sections have always been something that set them apart from their contemporary peers. Never a gimmick, the brass melodies rise and fall to perfectly complement the more traditional emo and indie rock instrumentation. Exploring major scale tonality, the sounds are both warm and bright while remaining sullen and thoughtful. It's meditative and earth-bound, rising up like the petrichor after a fresh rain, briskly inhaling the realities of life, and moving on with a welcoming acceptance. After lineup changes and a band relocation from Erie to Pittsburgh, the quintet (consisting of Liam Burns, Connor Freer, Bradley Osborne, Brian Thompson, and Mark Thompson) have found their own voice. Fans of their 2016 EP While Our Fields Lie Fallow will not be disappointed, as this superior work triumphs with a more accessible sound paired with greater cohesion. Here, the band isn't afraid to let emotions become intertwined, filled with both ennui and exultation.