Francis and the Lights // Just For Us

Francis has managed to release a warm and welcoming sophomore album. 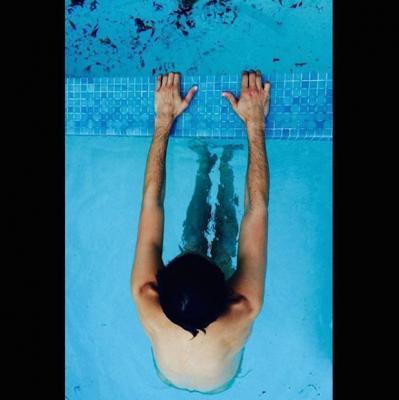 Francis and the Lights

The "surprise album" is often a move reserved for hip-hop artists, which makes it all the more fitting for the second album from Kanye West and Chance the Rapper collaborator Francis and the Lights. A future-pop aficionado, Francis has even more in common with peers like Bon Iver and The 1975 as he bends the vocal distortion of the former around the throwback bleeps and bloops of the latter to create a sound both nostalgic and inventive. His sophomore album, Just For Us, doubles down on the unique songwriting that made his name relevant in 2016. Over a short and sweet 26 minutes, Francis marries bouncy piano ballads ("Morning," "Back in Time") with noisy synth experiments ("Just For Us," "Scream So Loud") that wouldn't sound out of place on a new fun. album. Really, the most baffling choice here was to drop the album on December 29, officially placing it in end-of-the-year-list limbo. But perhaps it's a sign of maturity that Francis is more concerned with doing exactly what he wants than how it's perceived by publications. With motives as honest as his songwriting, Francis has managed to release a warm and welcoming sophomore album that's already beckoning for repeat plays in warmer weather. — Aaron Mook