After crossing vast seas to live up to the hype of his first album, Frank Ocean has made it.

by Nick Warren
View ProfileTwitterInstagramRSS Feed
August 31, 2016 at 10:30 AM 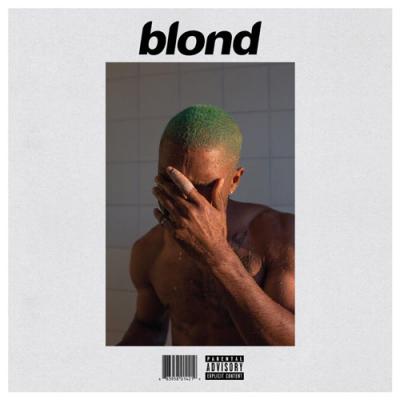 Four years ago, Frank Ocean released his debut album Channel Orange, which went on to be one of the most widely acclaimed albums of the 21st century. After crossing vast seas to live up to the hype, he's made it. Blonde (accompanied by the exquisite visual album, Endless Love) retains a relaxed demeanor, while still smoldering with emotion underneath. The epic, 17-track R&B album begins with "Nikes," featuring Ocean's voice pitched up an octave for the hook, as he uses the shoes as a metaphor for misguided excess. "Ivy" includes a Mac Demarco-like chorus, rolling out a parade of guest star producers starting with Jamie XX (a match made in Pitchfork heaven). Pink + White features vocals by an uncredited Beyoncé, produced by Pharrell Williams. Several songs use streamlined accompaniment, with just keys ("Good Guy") or guitars ("Self Control"). One of the definite high points is "Solo (Reprise)," featuring a spectacular verse by Outkast's Andre 3000. After coming out in a 2012 open letter (days before Orange was released), Ocean addresses his sexuality most artfully by not addressing it, replacing the pronouns, while owing nothing to anyone. – Nick Warren