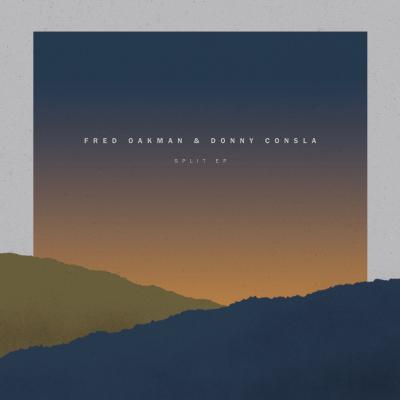 Rustic and rollicking, the newest effort from local singer-songwriter Fred Oakman sees him teaming up with fellow troubadour Donny Cosla. At five tracks clocking in at 17 minutes, there's plenty to unpack in this short EP from the two Meadville-centered raconteurs. Fans of Oakman will know him from his solo work (backed up by his band, The Flood), his punk band One If By Land, and his well-loved time with The Twirpentines and Signal Home. Cosla has been making waves in the local scene recently with his band Sunday at the Station. Functioning as the title implies, their Split EP sees both songwriters giving listeners two songs apiece, with the last track being a collaboration between them in "Save Me the Corners." Each song was recorded at Oakman's home studio, "The Pit," and was mixed and mastered by Oakman's longtime bandmate Troy Messerall at Paper Box. The result is a seamless and streamlined production, with similar acoustic guitar chimes throughout. With Oakman's gruff vocals and Cosla's smooth delivery, an aging punk rocker could easily recall the acoustic works of the Lawrence Arms, with Cosla providing the Sundowner-esque side of the coin, especially on his immensely catchy standout track "The Road."

You can still get the Digital on my bandcamp! Thanks to everybody who showed up and supported this record! Couldn't have done this without ya! https://t.co/NiZOjpWeTh pic.twitter.com/2Z4unCy12g